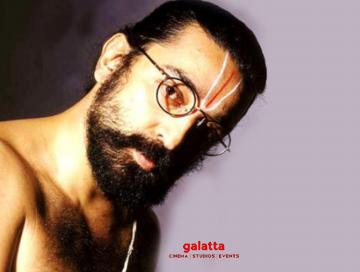 Actor turned politician Kamal Haasan celebrates his 65th birthday today (November 7) and continues to be one of the most revered film personalities in the nation. Having started acting at the age of 5 in the Gemini Ganesan and Savitri starrer, Kalathur Kannamma, in 1959, the veteran thespian garnered a massive fan following after turning a hero and has gone on to become a benchmark for many up-and-coming aspiring actors with the multi-talented star since his early childhood expanding his talents in the world of cinema. Now, on the occasion of his birthday, Kamal Haasan’s Raaj Kamal Films International banner has released a recut trailer for the four-time National Award-winning actor’s critically-acclaimed 2000 film, Hey Ram, which had ‘Isaignani’ Ilaiyaraaja’s memorable musical score. Directed, produced and written by Kamal Haasan, Hey Ram is an alternate historical fiction film with the plot centered on India's Partition and Mahatma Gandhi’s assassination by Nathuram Godse.

Hey Ram went on to be screened at the International Film Festival of India, and was submitted to the Oscars in 2000 by the Film Federation of India, but failed to land a nomination. Apart from Kamal Haasan, the film also had Shah Rukh Khan, Rani Mukerji, Vasundhara Das, Atul Kulkarni, Girish Karnad, Saurabh Shukla, Hema Malini, Naseeruddin Shah among others in major supporting roles and went on to win three National Film Awards in 2000.

Check out the Hey Ram recut trailer below: