Jiiva's new movie only for adults - check out the details! 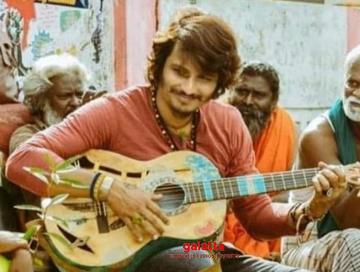 A film that has been long in the waiting for its theatrical release, Olympia Movies’ Gypsy, is a romantic political drama, and has Jiiva and Bollywood actress Natasha Singh in the lead roles. Gypsy is director Raju Murugan’s next after he secured the National Award for Best Feature Film in Tamil for his political satire, Joker, in 2016. Promotions for Gypsy were being carried out quite actively for a while with the film now being given an ‘A’ certificate by the Censor Board. With the film now censored, we can expect the release date to be announced in the days ahead.

Gypsy has music by Santhosh Narayanan with the songs in the album turning out to be hits upon its release sometime back. Among the songs, a special promo video for the "Very Very Bad" track in the film with reputed social activists Thirumurugan Gandhi and Piyush Manush and veteran Communist Party of India (CPI) leader R. Nallakannu was shot and went on to receive a strong response from fans. The film's trailer released a few months back set fans talking and raised interest with many hoping to witness yet another intense political drama from director Raju Murugan. Jiiva's fans too have been waiting to see the actor in a performance-oriented role once again on the lines of Raam, E, Kattradhu Thamizh, Ko and David to name a few.