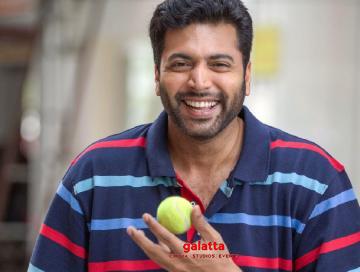 Jayam Ravi is definitely at the peak of his career right now with three back to back hits in the form of Tik Tik Tik, Adanga Maru and the recently released Comali. He would be looking forward to continue the winning streak with his next film as well. Ravi's next is his landmark 25th film which is directed by Lakshman of Bogan and Romeo Juliet fame, under the production of Home Movie Makers. Titled as Bhoomi, this social action drama is said to talk about agriculture and farming in depth. 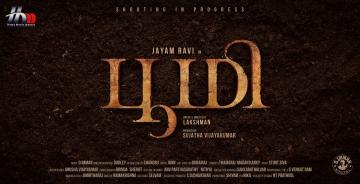 With music by D Imman and cinematography by Dudley, Bhoomi features Niddhi Agerwal as the female lead. The most recent schedule was wrapped at Pollachi, a few days back. The latest update is that the first look poster of this film will release tomorrow (November 1) evening officially. The announcement was made by Home Movie Makers, the production house of Bhoomi. Having said this, the fans are eagerly looking forward to witness the first look poster of Bhoomi tomorrow. The film is touted to release early next year.

After completing this film, Jayam Ravi will move forward to his next big film, the historical epic Ponniyin Selvan directed by ace filmmaker Mani Ratnam under the production of Lyca. This mega budget venture will have an ensemble star cast including the likes of Chiyaan Vikram, Karthi, Aishwarya Rai Bachchan, Keerthy Suresh, Parthiban, and others.

The most anticipated @actor_jayamravi's #Bhoomi First Look will be revealed Tomorrow.#BhoomiFLTomorrow