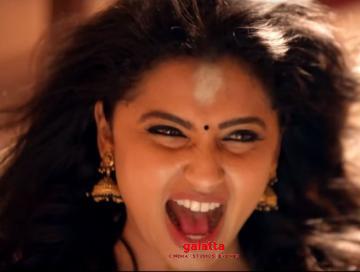 Romantic films have always struck a chord with the fans and the upcoming Tamil film, Jasmine, is one among them and is gearing up for a theatrical release soon with its trailer released. Starring Roopa, Dravidan, Elango Ponniah and Vaishali among others in starring roles, Jegansaai has written the story, screenplay while also turning director on the rom-com venture. The Jasmine trailer shows the film primarily revolving around actress Roopa as the character Jasmine and the everyday problems she encounters in the name of love and marriage from those around her.

Featuring music and background score by C. Sathya and lyrics penned by Vairamuthu, Jasmine’s cinematographer is Bhagathkumar followed by editing done by Tamilkumaran, art direction by AM Saravanan, costume designs by Karunya NS and stunts executed by Nife Naren. Director Jegansaai has produced Jasmine under the Sri Sivaji Cinemas banner with Elango Ponnaiyah and Prakash Balasubramanian serving as the Executive Producers.

Check out the Jasmine official trailer below: