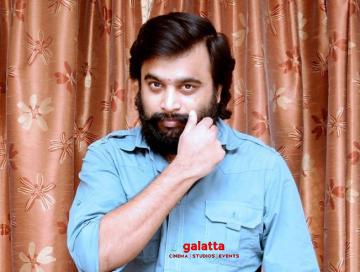 2019 has been an eventful year for director turned actor Sasikumar after starting off with a starring role in the ‘Superstar’ Rajinikanth blockbuster, Petta. He was then seen in the sports drama, Kennedy Club, following which his Adutha Sattai came out yesterday in theatres. He also had a major supporting role as Dhanush’s brother in the long-awaited action romantic thriller, Enai Noki Paayum Thota, which also hit theatres yesterday after numerous delays over the past three years. That said, Sasikumar has been quite busy with a few other projects as well as three of his upcoming rural entertainer films have now been announced come out in January 2020, among which two have been greenlit for Pongal.

Sasikumar’s first of the Pongal 2020 releases kicks off with MGR Magan, which sees him opposite Mirnalini Ravi followed by veteran actor Sathyaraj, Saranya Ponvannan, Samuthirakani in supporting roles. Rajini Murugan and Seema Raja director Ponram has directed MGR Magan, which has been produced by Screen Scene Official and includes music by Senthil Kumar, cinematography by Vinoth Rathinasamy, editing by Vivek Harshan and G Durairaj for art direction.

The second Sasikumar film announced for Pongal 2020 is director K. V. Kathirvelu’s Rajavamsam, produced by TD Rajha under the Chendur Films International banner. Featuring music by Sam C. S., Rajavamsam will see Sasikumar paired opposite Nikki Galrani while Sathish, Yogi Babu, Manobala among others have been cast in supporting roles with Siddharth Ramaswamy handling the cinematography, Sabu Joseph taking care of the editing and Dhilip Subbarayan in charge of the stunts.

The third and final Sasikumar film coming out in January 2020 is Sathriyan director S. R. Prabhakaran’s Kombu Vatcha Singamda, after previously collaborating with the actor in Sundarapandian in 2012. Produced by Inder Kumar’s Redhan Cinemas, Kombu Vatcha Singamada has Madonna Sebastian as the female lead followed by Soori in a supporting role with ifame Dhibu Ninan Thomas scoring the music, Ekambaram for cinematography and editing by Don Bosco.