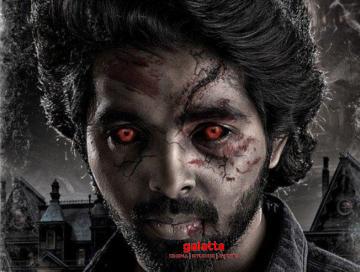 Composer turned actor G. V. Prakash Kumar is one of the busiest stars in Tamil cinema at present and is reaping in laurels for his songs and background score in director Vetrimaaran’s Asuran, starring Dhanush. Post the success of his work in Asuran, fans are eagerly waiting to witness the same form with Suriya’s upcoming film, Soorarai Pottru, announced for a summer 2020 release. As for his films as an actor, GV Prakash’s lineup includes Ayngaran, Adangathey, director Vasantabalan’s Jail, the fantasy comedy film, 4G, Kadhalai Thedi Nithya Nandha with Trisha Illana Nayanthara director Adhik Ravichandran, Kadhalikka Yarumillai opposite Raiza Wilson, director Ezhil’s Aayiram Jenmangal and Bachelor opposite popular model Divya Bharathi making her acting debut. Among them, sources close to us have now revealed that his film with director Ezhil, Aayiram Jenmangal, will be releasing in theatres on December 20 and an official statement regarding the same is set to be made soon.

Said to be a horror comedy film, Aayiram Jenmangal, in its star cast also includes names like Eesha Rebba as the female lead followed by Bigg Boss 3 fame Sakshi Agarwal, Nikesha Patel, Venba, comedians Sathish, Chaams, Chithra Lakshmanan and Jangiri Madhumitha in major supporting roles will have music composed by C. Sathya and has been produced under the Abishek Films banner. Fans will know that GV Prakash kicked off his acting career in the role with the horror comedy, Darling, in 2015, and went on to become a massive box office hit. He will no doubt be looking forward to emulate a similar success with Aayiram Jenmangal, which will have plenty of competition in the form of Sivakarthikeyan’s Hero and Jiiva’s Seeru.