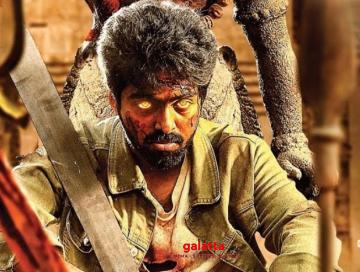 One of the busiest stars in Tamil cinema, composer turned actor G. V. Prakash Kumar saw tremendous success with his songs for director Vetrimaaran’s recent blockbuster, Asuran, starring Dhanush in the lead role. He’s also next scoring music for Suriya’s upcoming film, Soorarai Pottru, announced for a summer 2020 release while also set to be seen on the big screen in director Ezhil’s horror fantasy, Aayiram Jenmangal, which had its trailer released today.

A horror fantasy, Aayiram Jenmangal, speculated for a theatrical release on December 20 also has in its star cast names like Eesha Rebba as the female lead followed by Bigg Boss 3 fame Sakshi Agarwal, Nikesha Patel, Venba, comedians Sathish, Chaams, Chithra Lakshmanan and Jangiri Madhumitha in major supporting roles will have music composed by C. Sathya and has been produced under the Abishek Films banner. As known already, GV Prakash’s acting career kicked off with Darling, in 2015, and will be looking forward to hit the jackpot with his next horror outing in the form of Aayiram Jenmangal.

Watch the Aayiram Jenmangal trailer below: