Gautham Menon film with Anushka will be a military thriller

Gautham Menon's breaking statement on his next with this leading star! 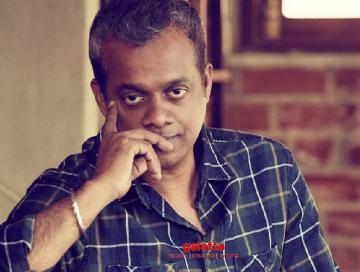 Director Gautham Vasudev Menon recently ventured into the digital arena with his first web series, Queen, starring Ramya Krishnan, Indrajith Sukumaran, Anjana Jayaprakash, Anikha Surendran, Sonia Agarwal, Vamsi Krishna and others. The web series, which is partly based on former Tamil Nadu Chief Minister, Jayalalitha's life story, has opened to a positive reception from the audience. At the recent promotional interview of Queen with Galatta Media, the ace director shed light on his next big film starring Anushka Shetty. He revealed the genre and the theme of the film and it has excited the filmmaker's fans. GVM kept it short by saying, "It will be a thriller, a military thriller". So, it looks like we are going to see Anushka performing some stylish stunts in this action thriller and it definitely creates a curiosity. This untitled new film will be bankrolled by Vels Film International. GVM is right now filming Joshua, starring Varun and Raahei in the lead roles. The film is tentatively scheduled to hit the screens on February 14 for Valentines Day. Meanwhile, catch the full exclusive interview of Gautham Menon below: