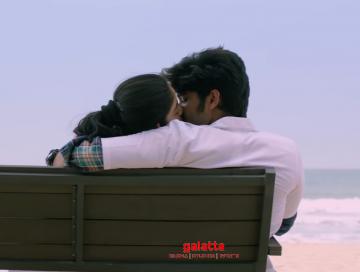 Dhruv Vikram made his silver screen debut with Adithya Varma which hit the screens last week. The film got fairly positive reviews from the audience and critics. Dhruv's performance, especially was raved and opened to a very rousing reception from the fans. Directed by Gireesaaya and produced by E4 Entertainment, Adithya Varma is the remake of Vijay Deverakonda's Arjun Reddy that was a blockbuster hit. Coming back to Adithya Varma, this youthful romantic drama features Banita Sandhu and Priya Anand as the female leads. 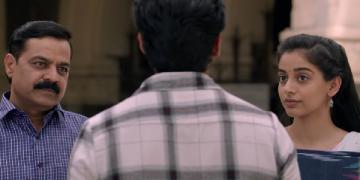 As the film is running successfully in the theatres, the makers have now released a new promo teaser from the film. This new promo comprises of the romantic moments of the lead pair. The comments section is filled with praises for Dhruv's impactfully intense performance as Adithya Varma. Dhruv's chemistry with Banita is neatly captured that is filled with innocence and charm.

The film has cinematography by ace lensman Ravi K Chandran and music by Radhan. For now, check out the newly released promo teaser of Adithya Varma featuring Dhruv Vikram and Banita Sandhu. :