Dhruv Vikram's first film to release on Amazon Prime as a pre-Christmas treat! 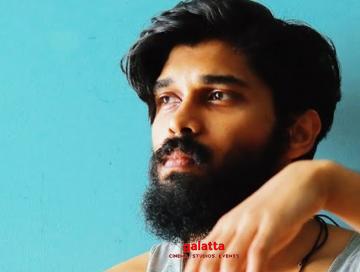 A launchpad unlike any for a debut actor, Adithya Varma, was the first film of ‘Chiyaan’ Vikram’s son, Dhruv Vikram, and came out in theatres on November 22. Directed by Gireesaya, it is an official remake of the blockbuster Telugu film, Arjun Reddy, which had Vijay Deverakonda in the lead role with the Tamil version released recently being produced by Mukesh Ratilal Mehta’s E4E Entertainment banner. Fans will know that the film was initially being made by director Bala under the title, Varmaa, after which it went on to be shelved and revived under director Gireesaya with a new title, Adithya Varma, and a completely new cast.

The romantic drama film also stars Bollywood actress Banita Sandhu as the female lead with Priya Anand in a major supporting role and is still running in theatres worldwide. With the film continuing to enjoy a good theatrical run, it has now been revealed that Adithya Varma will begin streaming on over-the-top (OTT) media platform, Amazon Prime, from December 21, as a  pre-Christmas treat and can be watched by audiences on their personal devices.

Adithya Varma went on to receive lavish praises for its faithful adaptation, power-packed performances and technical brilliance including chart-buster songs composed by Radhan. Fans had plenty to look forward prior to the film’s release, especially after the teaser and trailer did justice in creating tremendous excitement. Since Adithya Varma’s release, many have drawn comparisons to the Telugu edition, Arjun Reddy, as well as the Hindi remake, Kabir Singh, starring Shahid Kapoor and Kiara Advani, which as well came out a few months back and have given a double thumbs up for the Tamil version.