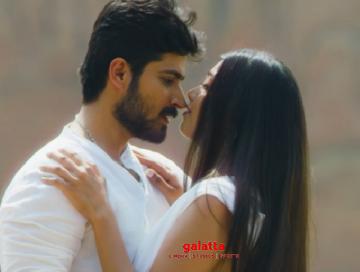 Actors Munishkanth Ramadoss and Yogi Babu form the supporting cast. The teaser of Dhanusu Raasi Neyargale which released recently on YouTube, impressed the youngsters. The teaser was filled with fun and romantic moments and it established the basic premise of the film. Following that, the makers have now released a new single song from the film and this song is called 'Murada Murada'. This romantic duet number is crooned by Bombay Jayashri and has lyrics penned by Viveka.