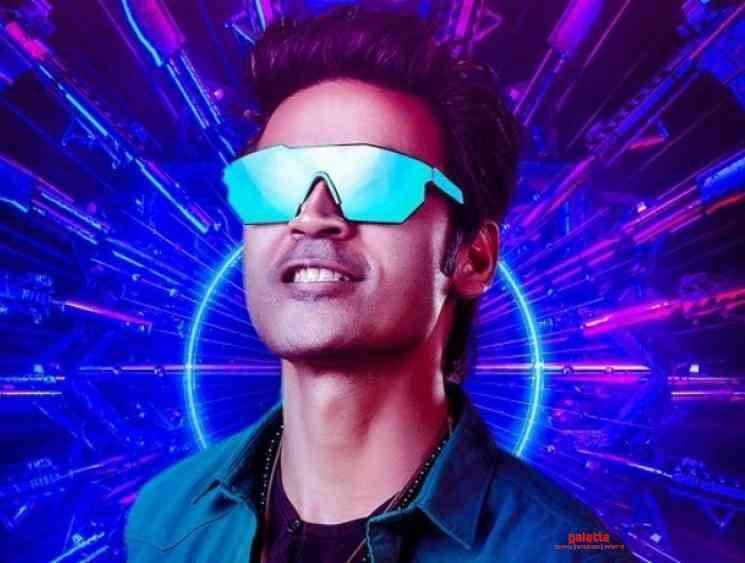 Dhanush’s Pattas which is in the final stages of post-production is gearing up to hit the screens on January 16 as a Pongal festive treat. The film features Dhanush in dual roles, as a father and son. While Sneha pairs the father Dhanush, Mehreen Pirzada will be seen as the love interest of the younger Dhanush. The film has music by Vivek - Mervin, the successful duo who have given songs like ‘Guleba’ (Gulaebaghavali), ‘Nenjukulla Nee’ (Vadacurry).

The first three singles from Pattas have got an outstanding response among the fans, with ‘Chill Bro’, especially turning out to be a chart-buster. The other two songs have also got a favorable reception. The full album has now been officially released on YouTube and it looks like a wholesome entertainment package. The audio launch happened this morning at a private radio station in the presence of director Durai Senthilkumar, music directors Vivek - Mervin, lyricist Vivek and producer T.G.Thyagarajan.

The jukebox has been released and the album consists of five songs including one theme track. There is also a mother sentiment song and it looks like the song will have vital importance in the film. The songs have been released on the official YouTube channel of Lahari Music who owns the film’s audio rights. Catch the jukebox of Dhanush’s Pattas here: