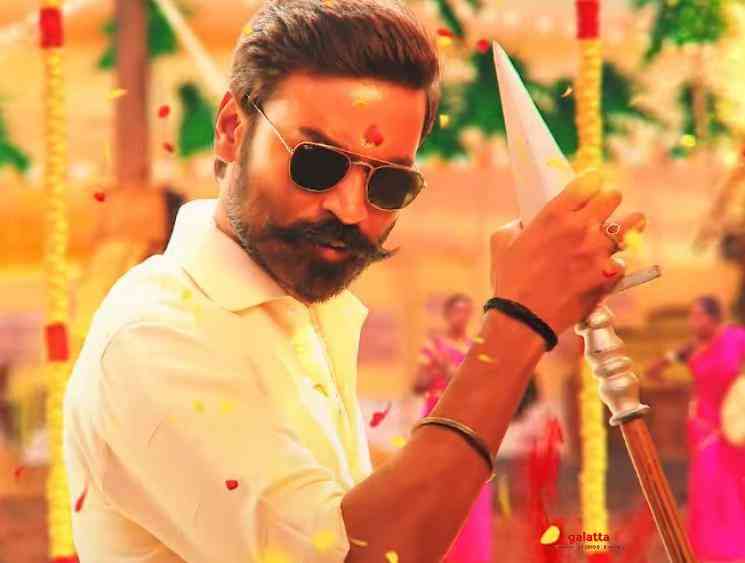 Dhanush’s Pattas which released three days back on the festive occasion of Pongal is having a good run at the box office. The film has got a fair welcome from the family audiences and the festive weekend has given the needed boost for the team. Directed by Durai Senthilkumar of Ethir Neechal and Kodi fame, Pattas features Dhanush in dual roles, as a father and son. The film talks about the ancient Tamil Nadu martial art form, Adimurai and it has been the talk of the K-town since the release. The makers have now released the video of the chartbuster song ‘Morattu Thamizhan Da’.

This fun-filled energetic number is composed and cronned by Vivek - Mervin, while the lyrics is penned by Mersal and Bigil sensation Vivek. The visuals look grand and classy and ample credits need to be given to cinematographer Om Prakash for that. Dhanush’s charismatic screen presence and energetic dance moves hold the video song.

Sneha lightens up the screen with her positive smile and presence. Apart from Dhanush and Sneha, the film also features Mehreen Pirzada, Naveen Chandra, Munishkanth Ramadoss, KPY Sathish, and others in the star cast. The video song has been released on the official YouTube channel of Lahari Music who owns the film’s audio rights. If you haven’t seen the video yet, catch it here (below the images):

People looking for online information on Dhanush,Sneha,Shrunga will find this news story useful.