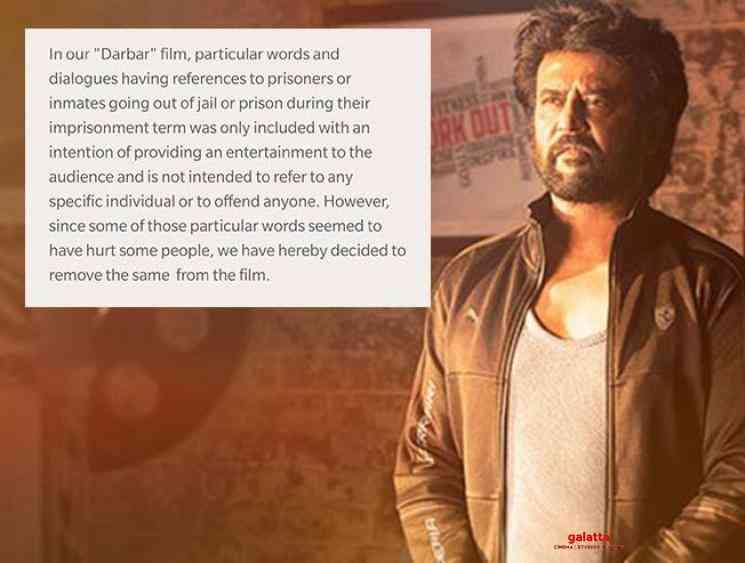 Darbar is the talk of the tinsel town right now, you can hate or love the film but can never ignore talking about it. This Superstar Rajinikanth starrer has opened to mixed response but the opening box office report is solid enough. Today, 10th of January being a weekday, the footfall for Darbar has dipped a bit but the weekend looks very promising. With Pongal holidays around the corner, it is time for the producers to mint money now. Meanwhile, Darbar is also trending for a wrong reason. Apparently, a couple of dialogues from the film have hurt the sentiments of a leading political party as it looks to be a direct attack against a politician.

Now Lyca Productions have released a statement stating that the production house has decided to remove those scene -“In our "Darbar" film, particular words and dialogues having references to prisoners or inmates going out of jail or prison during their imprisonment term was only included with an intention of providing an entertainment to the audience and is not intended to refer to any specific individual or to offend anyone. However, since some of those particular words seemed to have hurt some people, we have hereby decided to remove the same from the film.” 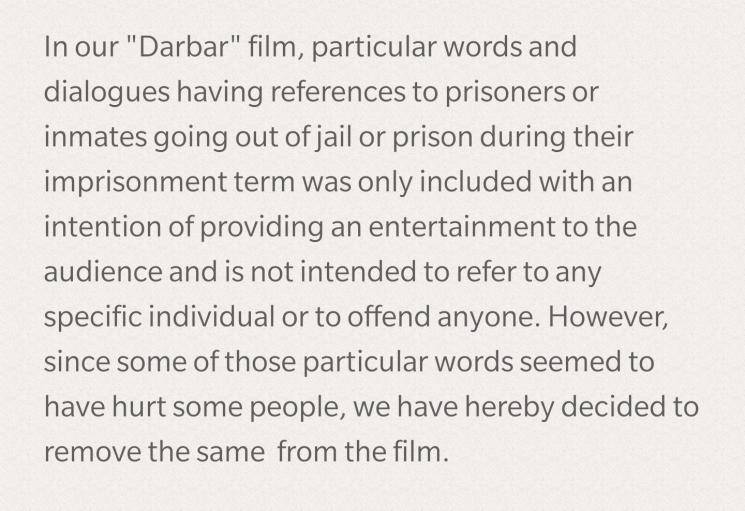