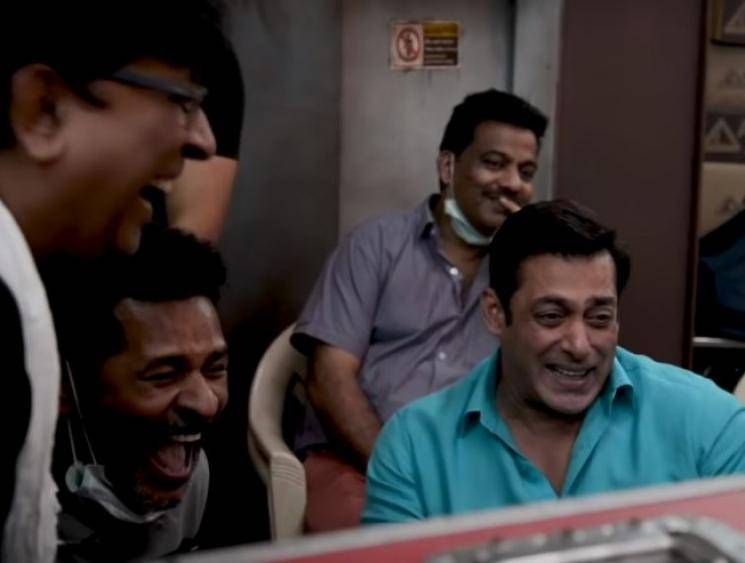 One of the most anticipated films of 2019, Salman Khan’s Dabanng 3 under Prabhu Deva’s direction released in theatres worldwide on December 20. Produced jointly by Salman Khan Films, Arbaaz Khan Productions and Saffron Broadcast & Media Limited, the mass action entertainer is the third installment in the blockbuster Dabangg franchise and also includes Sonakshi Sinha with reputed Bollywood director Mahesh Manjrekar's daughter Saiee Manjrekar making her debut and Kannada actor Kichcha Sudeep as the antagonist. With the film now running successfully in theatres, promotions are still being carried out in an extensive manner by the makers who have now released the Dabangg 3 making video showing the team’s hard work behind the scenes, songs and action sequences.

Salman Khan and Sonakshi Sinha have reprised their roles as Inspector Chulbul Pandey and Rajjo Pandey in Dabanng 3 while newcomer Saiee Manjrekar made her acting debut in the blockbuster franchise as Chulbul's former lover, Khushi. The previous two installments have gone on to garner over 500 crores in worldwide box office collections with the latest film aiming to take the franchise furthermore upwards. Dabangg 3 has also created huge expectations among fans as the film sees the return of the Salman Khan- Prabhu Deva combo after their 2009 mega hit, Wanted.

Check out the Dabangg 3 making video song below: