The Tamil Nadu Health Minister C. Vijayabaskar in his media briefing on Monday regarding the coronavirus said that 43 new positive cases have been reported across the state taking the total number of people affected by the disease to 1,520 from yesterday's count of 1,477. He added that 18 new COVID-19 patients are from Chennai out of the total of 43 with Pudhukottai district also seeing its first case being recorded. Vijayabaskar further stated that the 43 people identified as positive cases comes after 6,109 samples were tested today and is the highest for a single day's testing to date. He went on to say that a total of 46,985 samples have been tested so far. 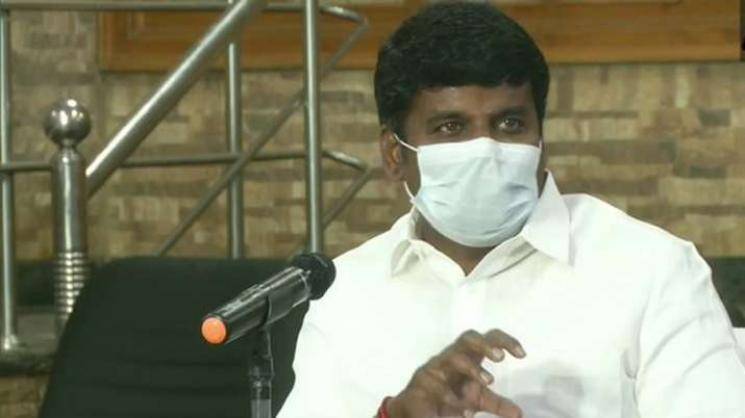 Vijayabaskar then stated that 46 people have been discharged after being in quarantine and isolation centres with the most number of cases being allowed to go home coming from the Karur government hospital. The total for the people discharged so far from quarantine and isolation centres in the state stands at 457 after properly undergoing two mandatory tests, who have now been advised to stay in home quarantine for the next 14 days. The number of active cases in the government hospitals across the state currently stands at 1,043 people among whom six have been placed in the intensive care unit without the need yet for a ventilator. He concluded saying two people died on Monday in private hospitals among whom was a senior doctor taking the state's total death toll to 17. 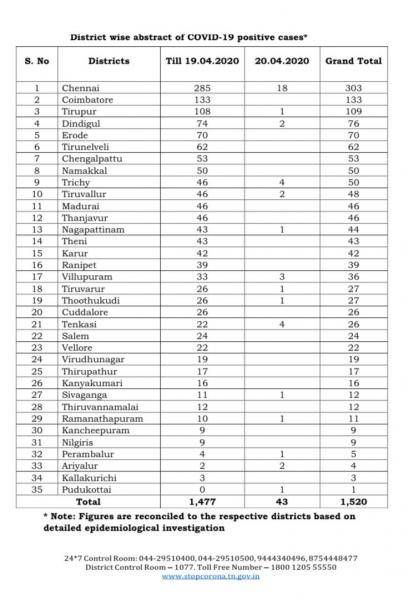 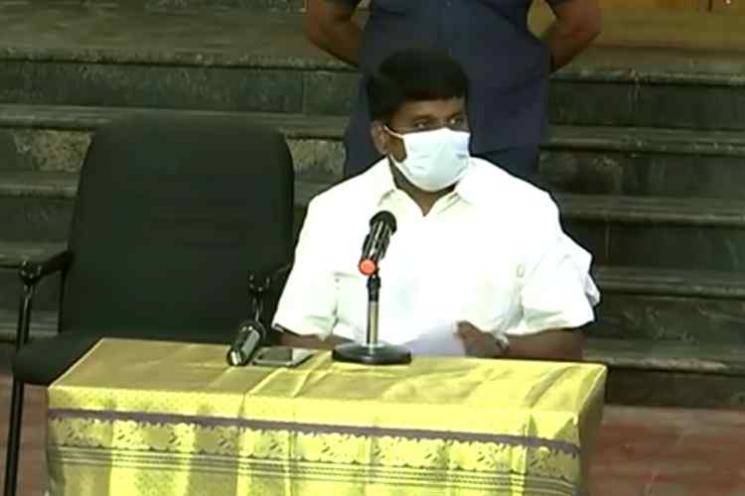