One of Tamil cinema's most prominent names, actress Kasthuri Shankar, has enjoyed huge popularity ever since she began acting in the early 1990s while also going on to appear in notable ventures across various South Indian languages. She is at present working in a starring role in the Telugu television serial, Gruhalakshmi, being aired on the Star Maa channel. Kasthuri's popularity grew substantially after her stint on the third season of hit Tamil reality TV show, Bigg Boss, which was aired and streamed last year, with her appearance as well being debated by fans extensively. 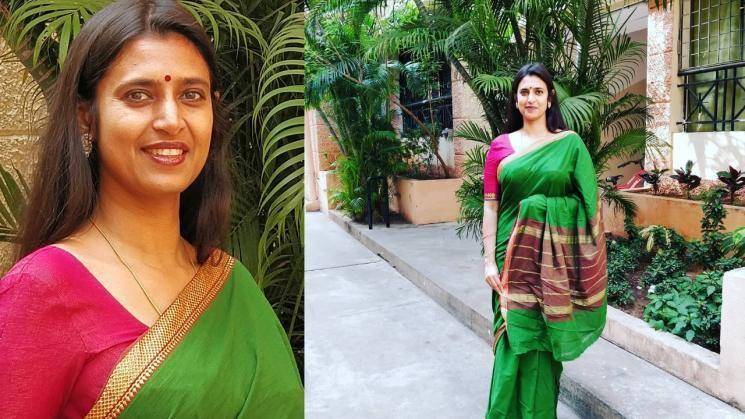 Incidentally, Kasthuri is one of the few outspoken celebrities in the Tamil film industry having raised her voice on various social, political and national issues and has often discussed in detail about the abuse on social media being carried out fans of actors. Likewise, Kasthuri had been quoted in numerous vulgar tweets posted on Twitter by Ajith's fans a while back with the actress thereafter demanding a response from the superstar. 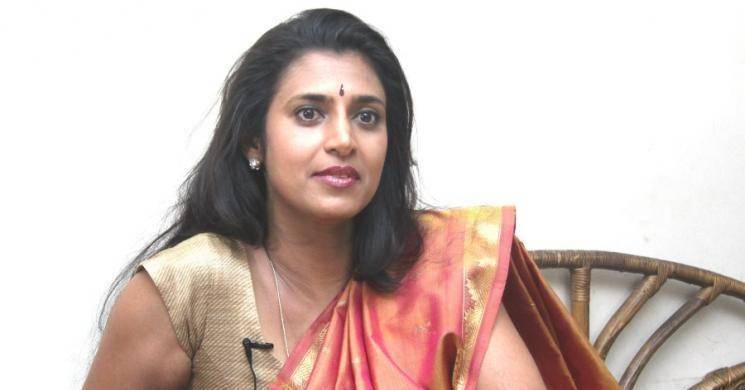 Kasthuri Shankar has now once again questioned Ajith's manager, Suresh Chandra, over the actor's silence over the hurtful and indecent tweets coming her way while also requesting Twitter India to act on the issue. Her tweet reads as follows: "Come on guys, you have to act. Do the people at twitter actually endorse such harassment? @TwitterIndia And @SureshChandraa, Ajith Sir, Evvalavu naalaikku summaa irupeenga ? #ShameOnYou #DirtyAjithFans #vicious". Kasthuri went on to attach screenshots of the abuse-filled tweets and stated Ajith's decision to not respond is creating these problems while also tagging the Twitter account of the Tamil Nadu Police. Check out her tweets below: 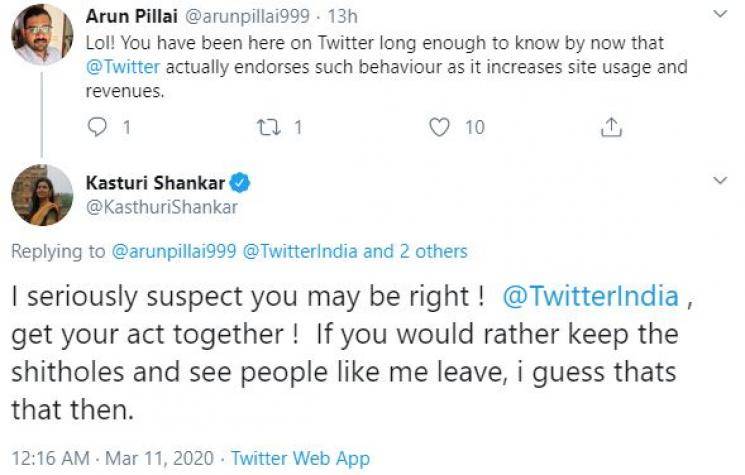 Come on guys, you have to act. Do the people at twitter actually endorse such harassment? @TwitterIndia

I seriously suspect you may be right ! @TwitterIndia , get your act together ! If you would rather keep the shitholes and see people like me leave, i guess thats that then.