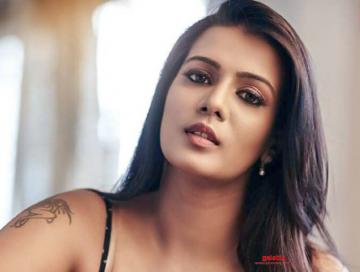 Model turned actress Meera Mitun has become a notable name among youngsters and the common folk after her stint in the recently-concluded third edition of the smash hit Tamil reality TV show, Bigg Boss. She has been the subject of several controversies after allegations were labeled against her including threatening and blackmailing, which were filed against her by various persons. That said, post her eviction from Bigg Boss, Meera Mitun had announced that she had landed a role in Sivakarthikeyan’s Namma Veettu Pillai, which hit screens towards the end of last month. However, the actress wasn’t to be seen at any point during the course of the film’s narrative after which she has now taken to her Twitter page to issue a statement on her exclusion from the Sivakarthikeyan film produced under the Sun Pictures banner. Meera stated saying she had shot for Namma Veettu Pillai for a period of ten days and also for the ‘Jigiri Dhosthu’ song. Check out her tweets below: 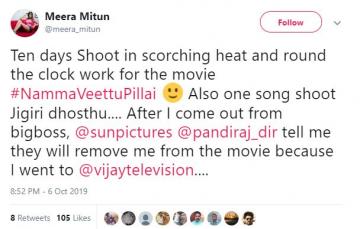 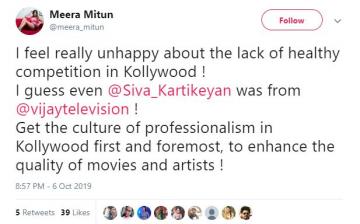 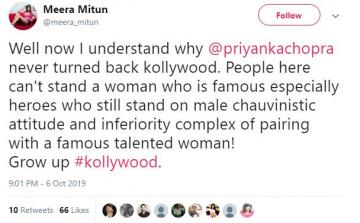 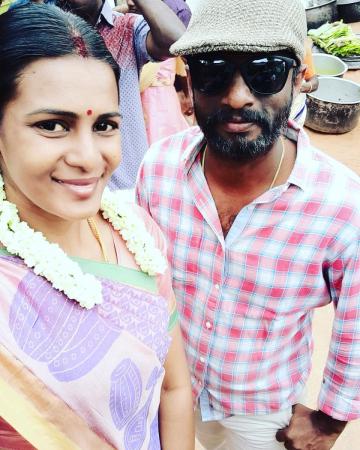 Namma Veettu Pillai isn’t the first big film Meera Mitun has lost out as she had earlier also revealed that the role that was offered to her in the upcoming Arun Vijay and Vijay Antony starrer, Agni Siragugal, has now been given to Akshara Haasan. Having starred in the critically acclaimed hit, 8 Thottaakkal and Suriya’s Thaanaa Serndha Koottam as actor Kalaiyarasan’s wife, she was last seen in the action drama film, Bodhai Yeri Buddhi Maari, which came out a couple of months back. Meera Mitun next awaits the release of Graghanam in which she will be seen alongside Krishna, Chandran, Nandini Rai, and Karunakaran.