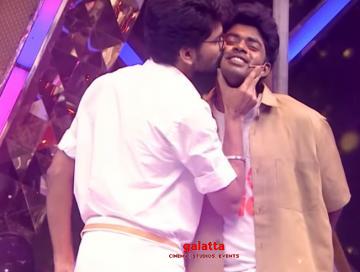 The third season of Bigg Boss ended on a grand note with the Malaysian independent musician, Mugen Rao, turning out to be the title winner. Dance choreographer Sandy finished as the runner up while Losliya was declared to be the second runner. The show definitely had its own fan following and emerged as one of the most popular shows in the television arena. The show topped all of the rankings and the participants also got humongous buzz and fame through the show. All the contestants have now come together for a special show to be aired on Vijay Television.

This show is called Bigg Boss Kondattam and we see all the housemates performing their own talents amidst huge cheers. The promo is fun-filled and we don't want our readers to miss it. All the fans of Mugen, Sandy, Tharshan, Kavin, Losliya, Cheran, don't miss the show this weekend on November 3rd at 3.30 PM. For now, check out the promo: