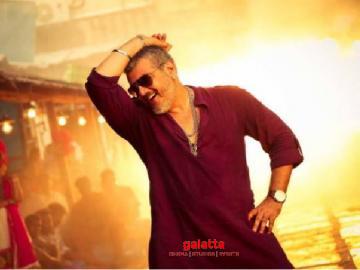 Thala Ajith is one of the leading stars in Tamil cinema and his 2015 movie Vedalam, turned out to be a resounding hit. Not just the movie but Anirudh's songs from this album also became chartbusters. The 'Aaluma Doluma' song, which is a peppy dance number with foot-tapping beats, became a fan favourite and is still played at most parties. This high energy number is sure to get most people dancing and the latest to shake his leg for this song is none other than the leading Tollywood star Balakrishna. Balayya, as he is fondly known, was recently spotted burning the dance floor with his snazzy moves for the 'Aaluma Doluma' song.

A viral video of Balayya churning out some cool moves for this hit song, has been doing the rounds on the internet. This incident is said to have happened at a family member's wedding, which Balayya attended. Veteran actor Prabhu Ganesan was also spotted at this wedding event. Another video of Balayya singing the super hit 'Mama Ek Peg la' song from his blockbuster hit Paisa Vasool, with Prabhu shaking his leg to this, is also turning out to be viral. Balayya and Prabhu seem to be entertaining the newlywed couple and also having a gala time themselves, in this video.

On the work front, Balayya has had a disappointing 2019 with both his releases - NTR: Kathanayakudu and NTR: Mahanayakudu, turning out to be Box Office disasters. Recently, it was announced that he has completed shooting for his next movie Ruler, directed by KS Ravikumar. This movie's teaser was also launched recently and has been well received by the audiences. Balayya is seen as a cop in Ruler and there are reports that he might be playing dual roles in this film! Vedhika, Sonal Chauhan and Bhumika play the lady leads in this action entertainer, which is expected to hit the screens on December 20th!

Check out the viral videos here: