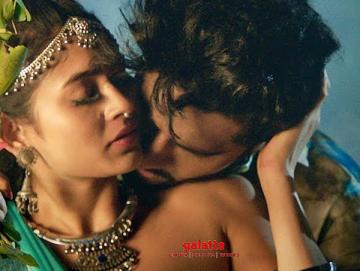 Ashwamedham is a Telugu language film written by Jagdish Matla and directed by G Nitin. The movie features Dhruva Karunakar, Shivangi Preyadarshi, Vennela Kishore in lead roles. Suman, Sonyaa, Ambati Arjun and Prachi will be seen in important roles. The lead actor Dhruva Karunakar has acted in several theatre shows and is making his debut with this film. Ashwamedham is produced by Priya Nair, Vandana Yadav and Aishwarya Yadav under the banner Aurous Avatar Entertainment and Eloquence Media Private Limited. Charan Arjun has composed the music for the film. The latest news about the film is the full video of the song Alli Alli. The song Alli Alli is composed and written by Charan Arjun with the voices of Aparna Nandan and Ampili V Sreedhar. Alli Alli features the lead actors Dhruva Karunakar and Shivangi Preyadarshi. Check out the full video song of Alli Alli below,