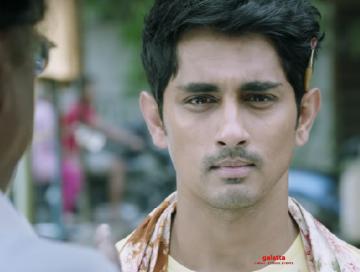 Actor Siddharth who was last seen as a honest traffic cop in Sasi's Sivappu Manjal Pachai will have the release of his next film, Aruvam on October 11th. Aruvam is a commercial action drama with a tinge of horror element in it. The trailer of Aruvam which released recently looked quite promising and suggested that the film will deal with the topic of food alteration. Siddharth will be locking horns with business tycoons who are played by Kabir Duhan Singh, Madhusudhan Rao, and others.

Following that, the makers have now released a new scene from the film as a sneak peek. This scene is very powerful and has some high moments that keep the audience hooked. This scene will definitely connect with every single youngster who has been to a tea/coffee shop in their neighbourhood. This scene has got a great reception from the fans and if the film is as good as the sneak peek, then the box office success is assured.