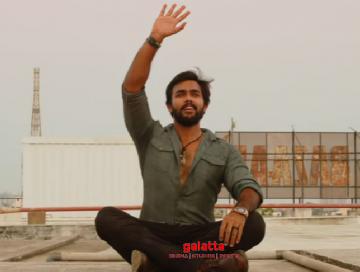 Model turned actor and former Bigg Boss title winner, Arav will be making his debut as a lead hero with Market Raja MBBS which is scheduled to hit the screens tomorrow, November 29. Directed by ace filmmaker Saran, the film stars Radikaa Sarathkumar in a very important role. The makers have now released a new scene from the film as a sneak peek. This one is supposedly a mass scene that establishes the character of Market Raja (played by Arav). This is a confrontation scene between Arav and Hareesh Peradi, who plays a minister in the film.

The sneak peek ends with a tinge of glamour as we see Nikesha Patel dressed glamorously in a saree. It looks like the audience are going to watch a complete commercially action-packed entertainer. The sneak peek has got a mixed response from the fans so far and we will get more clarity as the film releases tomorrow. The premise is set in the backdrop of North Madras and Arav will be seen in two different getups, one as a local don, and another, as an innocent doctor.

Radikaa plays his mother and her makeover for this film is different. However, the trailer lacks freshness and doesn't make a major impression. Produced by Surabi Films, Market Raja MBBS has music by Simon K King, cinematography by K.V.Guhan, and editing by Gopi Krishna. This action entertainer will be releasing tomorrow alongside Gautham Vasudev Menon's Enai Noki Paayum Thota and Samuthirakani's Adutha Saattai. For now, check out the newly released sneak peek of Market Raja MBBS here:

People looking for online information on Aarav,Kamalakannan will find this news story useful.