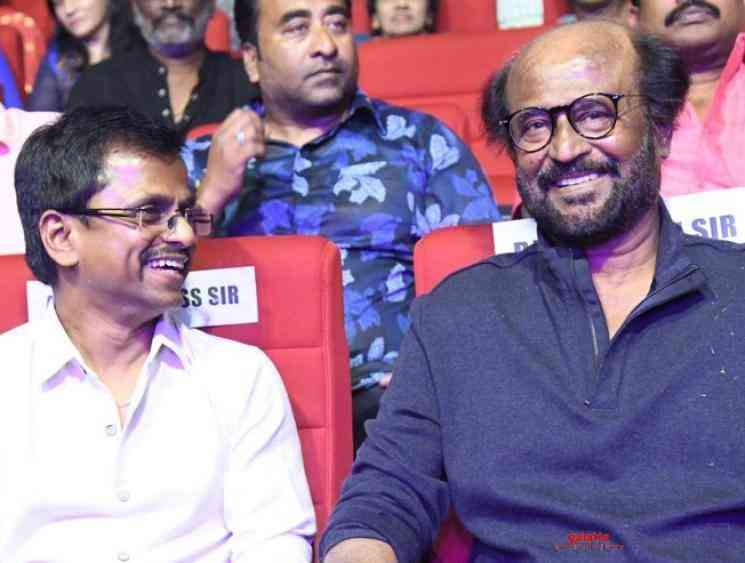 From being a hardcore Rajinikanth fan to becoming a director of Superstar, it must have been a dream come true moment for AR Murugadoss. Here is what the prolific hit machine had to say about his upcoming film Darbar at a pre-release function held in Hyderabad yesterday (3rd January). ARM - “How are you all doing? It’s been a long time since I have been here. Good evening to every Rajinikanth fans who are present here. Darbar is a very important film for me because of 13 films, for the first time I am working with Superstar Rajini sir. Not just that, this is my first cop story, everybody who worked in this film has put in their 200% hardwork. And I hope Darbar has turned out to be good, so watch and let me know how it is on the 9th of December when it releases
.

When you do a pan Indian film like Darbar, you need a good production house like Lyca. So, I thank Subaskaran sir for this opportunity. Talking about him, he is a real-life hero, I hope I do a bio-pic of his life story in the future. Nivetha Thomas gets to play a good role in Darbar, she will get a good name after this project. Yogi Babu’s comedy will be memorable. Ram-Laxman masters have done an incredible job in this film, all the stunts are so fresh. There is one fight in the second half which will garner five minutes of non-stop claps in the theatre. So, definitely you will see the Rajinikanth you saw 15 years back, the same mass, the same style and speed, you will see in Darbar. And Anirudh, thank you for all the blockbuster songs, even the bgm has come out so well.”