Video: Terrifying teaser of Anushka and Madhavan's Nishabdham is here! 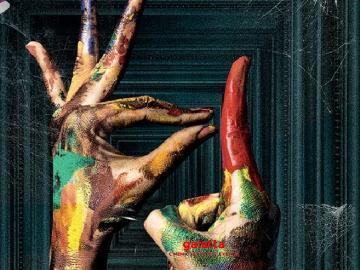 It is well known that following her last full-length on screen appearance in Bhaagamathie, Anushka made a cameo appearance in the magnum opus Sye Raa Narasimha Reddy, starring Chiranjeevi in the lead. However, all her fans have been eagerly waiting for the release of her next movie Nishabdham, a multi-lingual, being made in Telugu, Tamil, Malayalam, Hindi and English. The Telugu version has been titled Nishabdham and this movie also features an ensemble cast including Madhavan, Anjali, Shalini Pandey and quite a lot of others. Directed by Hemant Madhukar, this movie is being bankrolled by People Media Factory in association with Kona Film Factory.

November 7th marks Anushka Shetty's birthday and on this occasion, the makers of Nishabdham have released the movie's teaser. At a runtime of 1 minute and 14 seconds, the teaser promises an intense and spine chilling movie. Anushka plays an aurally and orally challenged woman and Madhavan plays her partner, a musician. Set in the United States, the teaser shows Anushka and Madhavan heading out on a vacation where there seem to be a series of murders and they get caught in the nightmare. As the teaser itself states, every individual is a suspect in the murders.

Hollywood actor Michael Madsen is playing a part in this multi-lingual movie, which has music by Gopi Sundar and cinematography by Shaneil Deo. The happenings seem to be centred around Seattle in Washington district and Anjali is reportedly playing the role of Maha, a Cride Detective in the Seattle Police Department. The post production work for Nishabdham is in progress and it can be expected to hit the screens, soon. Stay tuned...

Check out the Nishabdham teaser here: