GALATTA BREAKING: Strong statement about raid in Ajith's house - check it out! 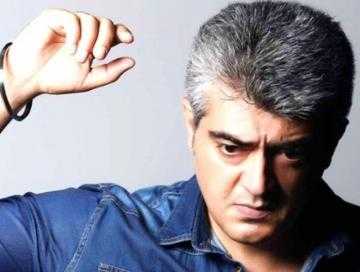 One of the biggest stars in the history of Tamil cinema, 'Thala' Ajith has had a terrific year having delivered back-to-back blockbusters starting with the rural entertainer, Viswasam, and the courtroom drama film, Nerkonda Paarvai. The actor has now begun shooting for his upcoming film, Valimai, which has him reunited with director H. Vinoth and producer Boney Kapoor after their NKP.

With production on Valimai currently underway in Hyderabad at the Ramoji Film City and popular Bollywood actress Yami Gautam revealed to be playing the female lead, there have been reports across certain sections of the media stating Forest Department officials had raided Ajith's house in Chennai for the possession of a 3-feet snake. Reports of a raid on Ajith's home had created quite a lot of confusion among the actor's fans, who took to social media to know what really had happened.

That said, our sources have informed us that no raid on Ajith's house was conducted by the Forest Department officials. Furthermore, we had gotten in touch with the Tamil Nadu Forest Department, who went on to state that no such raid had been authorized by them.