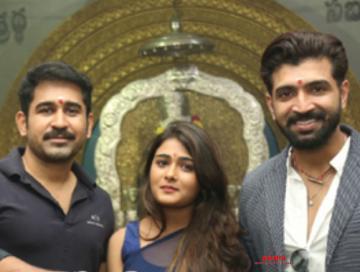 A film that has been in the making for a while, Agni Siragugal, an action thriller under Moodar Koodam director Naveen is being produced by T. Siva’s Amma Creations banner. Having flagged off production earlier in Kolkata and wrapping major portions in Russia recently, the next leg of filming has the team mighty excited as they are now headed to the city of Almaty in Kazakhstan, which has also given them the distinction of being the first Indian film to be shot in the Central Asian country. Starring Arun Vijay, Vijay Antony, Shalini Pandey and new addition Akshara Haasan, Agni Siragugal featuring music by Natarajan Sankaran is being made in three languages and will have a Pan-Indian release.

Speaking about the Agni Siragugal team’s next schedule in Kazakhstan, director Naveen says, “The experience is purely divine and we have no words to express the beauty that Almaty, the land of beautiful nature and heritage. The snow-capped mountains, golden sand deserts, the scenic canyon as beautiful as the Grand Canyon and many such lovely places, gives an experience of walking through dreamlands. We as a team are extremely happy and at the same time are feeling proud as Agni Siragugal happens to be the first ever Indian film to be shot here in Almaty. We will be shooting some of the breathtaking action sequences with the famous Nomads stunt team here, which is more popular for martial arts and horse fights. We are keeping fingers crossed to offer a first-of-its-kind stunts for audiences and are thrilled about it. I firmly believe that soon after the film’s release, Kazakhstan will turn out to be a major hub of tourist attraction of Indians.” 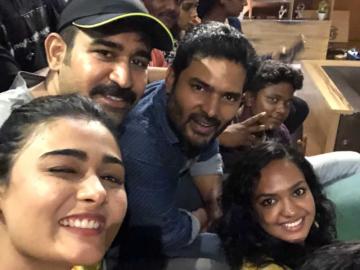 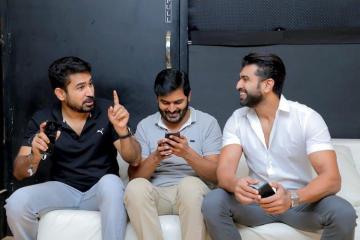