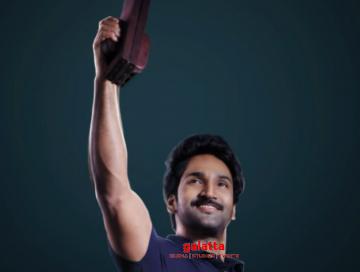 It has been quite a long time since we saw actor Aadhi Pinisetty in Kollywood and his last release was U-Turn which starred Samantha in the lead role. The handsome hunk’s next release in Tamil would be the athletic sports entertainer, Clap, directed by debutante Prithivi Adithya. Aadhi will be seen as an athlete in this film and he has even undergone intense physical training to fit into the shoes of the character. The talented young actor is celebrating his 37th birthday today (December 14) and marking the special day, the makers of Clap have released the film’s motion poster.

This short motion poster video showcases Aadhi in his vibrant look. The highlight part of this film is that it has music scored by Isaignaani Ilaiyaraaja and it has been quite a while since we saw the musical legend collaborating with a relatively young team. This is definitely an aspect to look out for. Co-starring Aakanksha Singh, Ramadoss, Nassar, Krisha Kurup, and Prakash Raj, the film has cinematography by Praveen Kumar and art direction by Vairabalan.

The film is produced by Big Print Pictures in association with PMM Films and Cuts and Glory Studios. The film is scheduled to hit the screens in the first quarter of next year. For now, check out the newly released motion poster here: 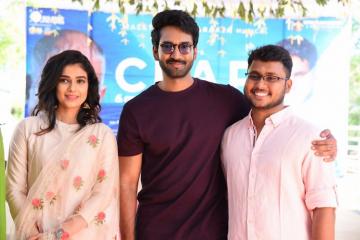 People looking for online information on Aadhi,Loukya will find this news story useful.