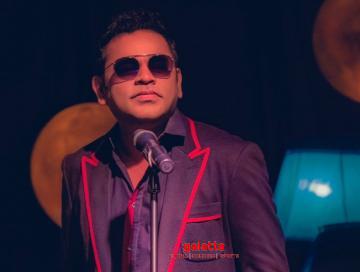 Academy Award-winning composer A. R. Rahman tasted massive success with his chart-buster songs in ‘Thalapathy’ Vijay’s recently-released, Bigil, which came out for Diwali and also gave a hit album for his nephew, G. V. Prakash Kumar’s film, Sarvam Thaala Mayam, earlier this year. With a handful of projects in several languages including Tamil now lined up for 'Isaipuyal', popular composer and TV host, James Vasanthan, who composed for hit films like Subramaniyapuram, Pasanga and Eesan, took to his Facebook page to drop details on the various efforts A. R. Rahman is taking to promote music and has approached the government for support.

James Vasanthan added that Sunshine Orchestra, an ensemble of instrumentalists, all boys and girls, handpicked from slums and downtrodden communities, are now being trained in Western Classical music at A. R. Rahman's KM Conservatory, which was till now only available to the upper and affluent class. Check out James Vasanthan’s detailed Facebook post below:

As for his upcoming films, A. R. Rahman is at present working on Mani Ratnam’s epic, Ponniyin Selvan, Kamal Haasan’s Thalaivan Irukkindran, Vikram’s Chiyaan 58 and Sivakarthikeyan’s sci flick, SK 14, in Tamil, 99 Songs and Dil Bechara in Hindi and Aadujeevitham in Malayalam.