WOW: 96 sensation onboard for Thalapathy 64 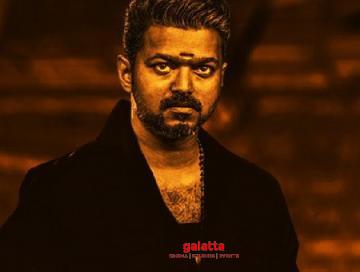 Thalapathy Vijay is riding high on the blockbuster opening of Bigil, directed by Atlee and produced by AGS Entertainment. The shooting for his next film, tentatively called, Thalapathy 64, is currently underway and the makers had recently wrapped the first schedule in Chennai. While the second schedule is said to happen in Delhi, a new update has now reached us through our reliable sources. We are told that the film will have 96 fame Gouri Kishan in an important role.

It is widely known that the film's premise will happen in the backdrop of a college and it looks like all these actors will be a part of the college setup. Apart from Gouri Kishan, a lot of popular YouTubers are said to be a part of this film. As for the main star cast, the film has Makkal Selvan Vijay Sethupathi as the antagonist, with Antony Varghese, Shanthnu Bhagyaraj, Malavika Mohanan forming the rest of the cast.

Directed by Lokesh Kanagaraj, Thalapathy 64 has got sky high expectations among the fans and the general audience, especially for the freshness in the combination. The film has music by Aniurdh Ravichander, cinematography by Sathyan Sooryan, and editing by Philomin Raj.