Samantha says she did not want to copy Trisha for Jaanu

Samantha reveals she ensured not to copy Trisha in Jaanu! 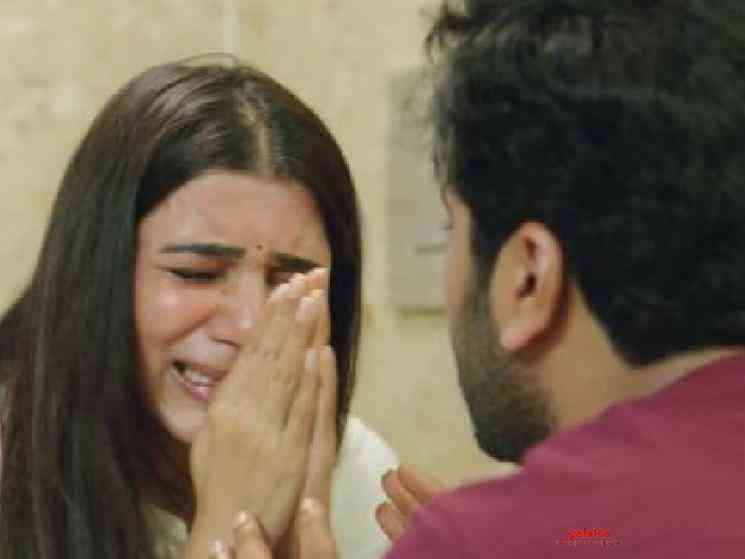 96 is a 2018 Tamil movie that has gotten a cult status among audiences. This movie, directed by Prem Kumar, stars Makkal Selvan Vijay Sethupathi and Trisha in the lead and is an intense tale of romance, which became a huge hit among the audiences. Following the success of 96, it was announced that this movie would be remade in Telugu and Kannada with the Kannada version being titled 99. The movie became a huge hit in Sandalwood too. Now, the Telugu version which is being directed by Prem Kumar himself, has been titled Jaanu and stars Shawanand and Samantha in the lead. The teaser of Jaanu was released just yesterday!

Jaanu's teaser has been getting rave reviews and has already crossed a million views on Youtube within less than a day of its release! It is on #2, in the trending video list too. Many fans have raved about the teaser, with Samantha's performance coming in for a lot of praise! One of the tweets mentioned that Samantha has not carried forward any traits of Trisha's character from the original 96 but has given her own spin for Jaanu! The tweet also praised Samantha for giving a difference but still ensuring that the character turned out to be perfect and classy!

Responding to this tweet, Samantha has thanked the follower and also mentioned that she felt it was important to not try and copy Trisha's "most perfect performance" from 96, as it wouldn't work! She also added that Jaanu has not been made for comparison but to share an experience that more people deserve to feel! It is not just with her performances but also with her words, that Samantha continues to charm people! Have you watched the teaser of Jaanu yet?

Check out Samantha's tweet and the teaser of Jaanu, below:

Thankyou so much Avad... yes I felt it was important to not try and copy the most perfect performance @trishtrashers 🥰 .. wouldn’t work .. #Jaanu is not made for comparison only to share an experience that more people deserve to feel 🙏 https://t.co/YUUPOQiEq2