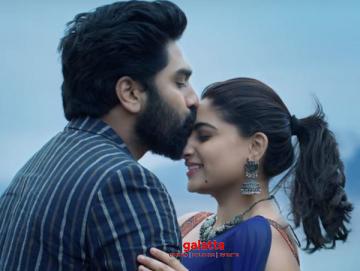 Ramarjuna is an upcoming Kannada language romantic action entertainer movie directed by Anish Tejeshwar who has also the lead man in the film. Anish Tejeshwar debuted in the 2010 film Namm Areal Ondh Dina and the star is making his debut as a director with Ramarjuna. The movie has Nishvika Naidu as the lady lead who rose to fame with the 2018 film Amma I Love You opposite Chiranjeevi Sarja. Nishvika Naidu is pairing opposite Anish Tejeshwar for the second time after Vaasu Naan Pakka Commercial. Ramarjuna is produced by Sivarama Krishna S under the banner Winkwhistle Productions Pvt Ltd and the film has music scored by Anand Rajavikram. Dialogues for the film is written by Shankar Raman and Kiran Chandra, the cinematography is handled by Naveen Kumar S and he editing is done by Sharp Shankar.

Manase Chooru is the latest video song from the film Ramarjuna and the song is being shared by many on social media. Check out the video below,