It has been a while since we saw Vaigaipuyal Vadivelu on the big screens and his fans definitely miss him. Everyone are worried that Imsai Arasan 24am Pulikecei is not happening as planned due to the creative differences between the actor and the production team. Keeping this aside, Vadivelu was announced to do a comedy film under the direction of Shakthi Chidambaram of Charlie Chaplin and Englishkaaran fame. The film was announced to be titled as Pei Mama and a first look poster featuring an old image of Vadivelu was also released.

Now we hear some new changes in this film's star cast. Our sources close to the team inform that Vadivelu will not be a part of this film and he has been replaced by current comedy sensation Yogi Babu. Yes, the Gurkha star will play the lead role in Pei Mama replacing Vadivelu and the reason behind the replacement is yet to be known. The shooting of this horror comedy has already begun and the team is filming some important sequences now.

Apart from this film, Yogi Babu also has an array of other interesting biggies including Thalapathy Vijay's Bigil and Superstar Rajinikanth's Darbar. Happening days ahead for the much loved comedian! 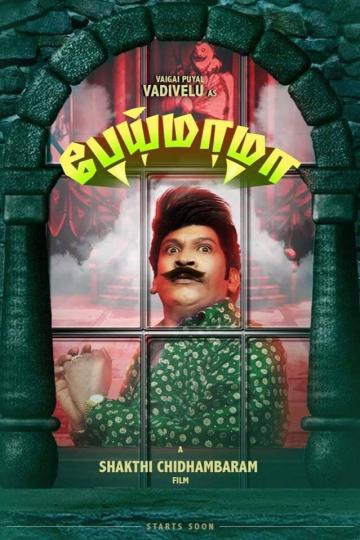