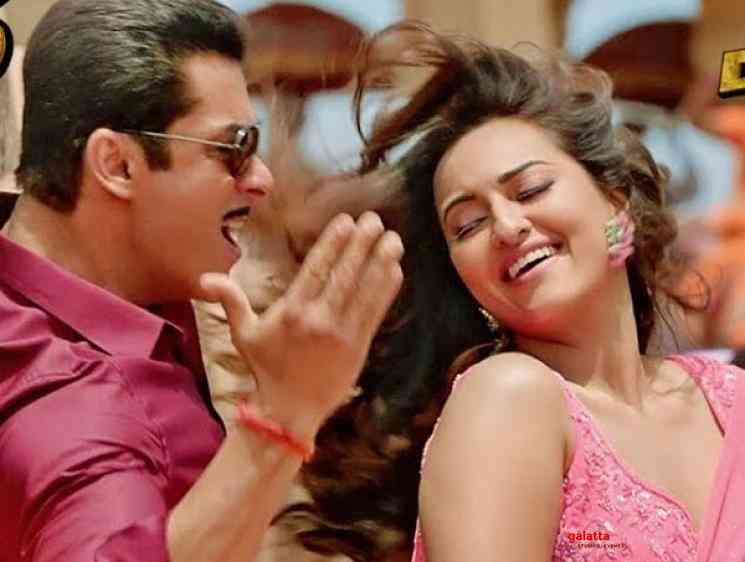 The song titled Un Nenapey is the latest video to come out from Salman Khan's recent released Dabangg 3. The dance number composed by Sajid - Wajid is rendered by GV Prakash Kumar and Remya Nambeesan and the lyrics are written by Pa Vijay. The video of Un Nenapey features the lead stars Salman Khan and Sonakshi Sinha and both the actors can be seen performing some quirky dance moves in the video. Catch the full video of Un Nenapey below,

The third movie in the Dabangg franchise, Dabangg 3 was directed by Prabhu Deva and the movie is produced by Salman Khan and Arbaaz Khan under their respective banners of Salman Khan Films, Arbaaz Khan Productions and Saffron Broadcast & Media Limited. The film also featured Kichcha Sudeep, Saiee Manjrekar, Arbaaz Khan, Tinnu Anand, Mahie Gill, Pankaj Tripathi, Mahesh Manjrekar in important roles as well. Dabangg 3 released in multiple languages including Tamil and the movie was distributed by the popular KJR Studious in the state.