Superstar Rajinikanth’s tentatively called ‘Thalaivar 168’ was officially launched last week with a formal pooja and we saw pictures from the event circulating on social media. Following that, the shooting of this mega biggie has begun today at Ramoji Rao Film City, Hyderabad with the main cast and crew. Cinematographer Vetri posted a picture with director Siva from the shooting spot and captioned the picture ‘#Thalaivar168’, thereby confirming the commencement of shoot. It can be noted that we had reported about this (shooting update) a few weeks back and it has now become official. 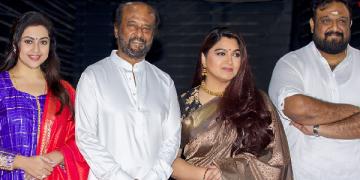 More details regarding this schedule is awaited. Produced by Sun Pictures, Thalaivar 168 features an ensemble star cast including Khushbu Sundar, Meena, Keerthy Suresh, Prakash Raj, Soori, and Sathish. The film will have music composed by D Imman, stunt choreography by Dhilip Subbarayyan and editing by Ruben. Most of the talents will work for the first time with Rajinikanth in this film and it must definitely be an exciting moment for them. 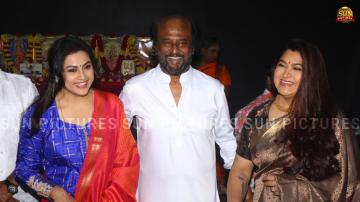 The film is tentatively said to be planned as a Diwali 2020 release, but the makers haven’t made an announcement on that as of yet. Thalaivar 168 will be a rural emotional family entertainer that is expected to showcase Superstar Rajinikanth in a completely new makeover. Stay tuned. 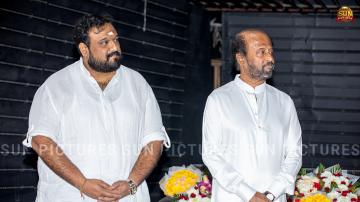