A film that generated instant curiosity among Suriya’s fans, Soorarai Pottru, announced last year is a biographical drama venture, directed by Irudhi Suttru fame Sudha Kongara. Produced by Suriya under his 2D Entertainment in association with Guneet Monga's Sikhya Entertainment banner, the upcoming film featuring music by G. V. Prakash Kumar and lyrics by Vivek, is one of the most anticipated films coming out this year as a grand summer treat.

With the teaser, the 'Maara' theme track and other promotional material that includes the posters and stills fetching a huge response, the makers have now announced that Spicejet will be the official airline partner for Soorarai Pottru considering the upcoming film's plot is centered around Suriya's character, who has big ambitions to start an airliner of his own. Furthermore, 2D Entertainment have also revealed that the much-awaited second single track titled, 'Veyyon illi', coming out on February 13 ​​​​​, will be launched on the SpiceJet Boeing 737 flight. Likewise, the third and final update for the day by the makers is that the Chairman of Spicejet, Mr. Ajay Singh, will be unveiling a Spicejet Boeing 737 flight branded with Suriya's Soorarai Pottru poster as an additional Valentine's Day treat. Check out the three back-to-back announcements below: 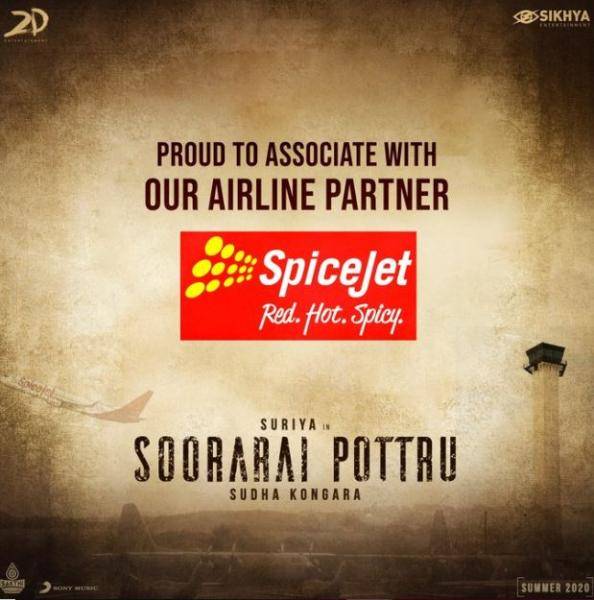 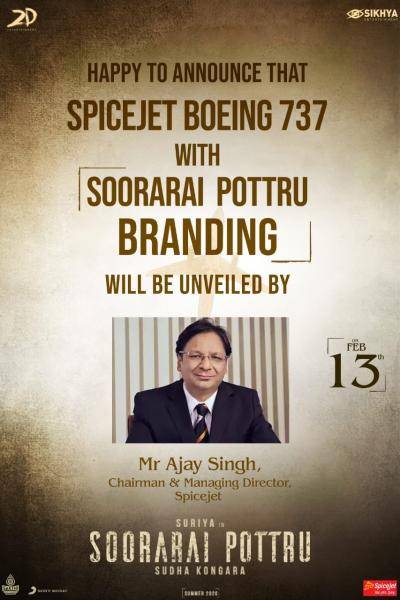 There is massive excitement surrounding Soorarai Pottru as it reportedly is said to be loosely inspired from the life of G. R. Gopinath, the founder of the Air Deccan airline. Suriya’s character name in the film was revealed to be as Maara aka. Nedumaran Rajangam while Malayalam actress Aparna Balamurali, who plays his wife will be called Bommi.

Soorarai Pottru also includes in its talented cast names like Bollywood actor Paresh Rawal, who will be making his debut in Tamil cinema and as the owner of an airliner named JAZ Airways; incidentally Suriya’s chief competitor in the film. The film also coming out in Telugu under the title, Aakaasam Nee Haddhu Ra, will feature Karunas, Kaali Venkat, among others in vital supporting roles with award-winning international stunt choreographer Greg Powell, known for his work in notable Hollywood films such as Fast and Furious 6, Skyfall, Harry Potter and the Deathly Hallows (1&2), The Bourne Ultimatum, Lost in Space, to name a few, handling the action sequences. 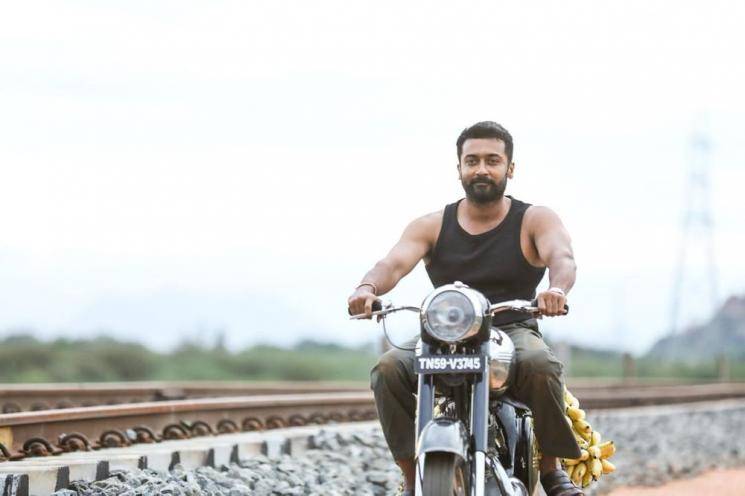 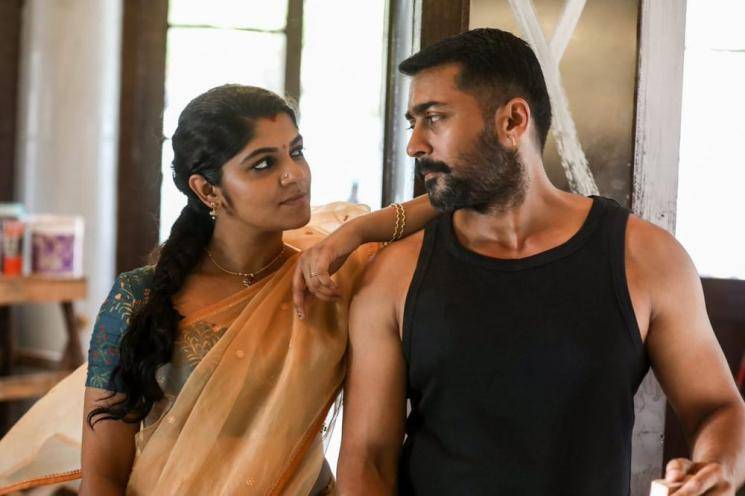