Latest breaking update on Sivakarthikeyan's next!

Sivakarthikeyan's last release was the Pandiraj directed family drama, Namma Veettu Pillai, which was a super hit at the box office. SK's next big release would be Hero, directed by PS Mithran of Irumbu Thirai fame. This action entertainer will feature Bollywood hunk Abhay Deol as the antagonist and Kalyani Priyadarshan as the female lead. Action King Arjun and Naachiyaar fame Ivana and Robo Shankar play supporting roles in this film produced by KJR Studios. We have now got a new update on this film's progress and we thought of informing our readers as well.

The ongoing final schedule of Hero will be wrapped around the third week of November, on the 20th. The complete production work of this film will be wrapped by the said time and thereafter the makers will shift full focus to the post production. The teaser of the film which released recently got a favourably good response from the audience. 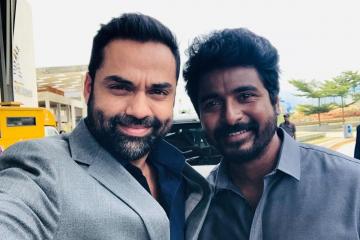 The teaser suggested that the film's premise will deal with the politics and business scams involved in the field of education. With music by Yuvan Shankar Raja and cinematography by George C Williams, this film will be hitting the screens on December 20 ahead of the Christmas weekend holidays. 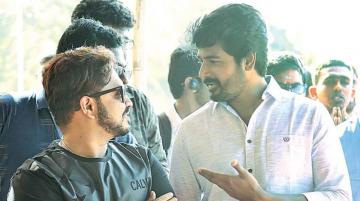 Shriya Saran to play the female lead in this blockbuster movie's remake!