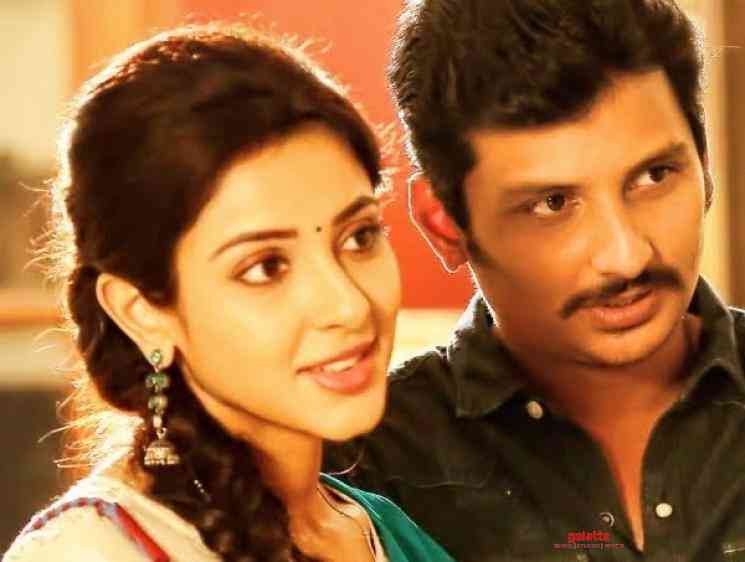 Seeru, the upcoming action entertainer film stars Jiiva and Riya Suman in lead roles. The gorgeous actress Riya Suman is making her Tamil debut with this film and the star is a popular model from the Telugu film industry who debuted in the commercially successful 2016 Telugu film Majnu opposite Nani. Varun who starred in the hit film Puppy will be seen playing a negative role in this film. Navdeep, Sathish and Gayathri Krishnaa will be seen playing important roles as well. Seeru is written and directed by Rathina Shiva who directed Vijay Sethupathi's Rekka and this movie is bankrolled by Ishari K Ganesh under his production studio Vels Film International.

Industries leading name D Imman has composed the music for Seeru and the team has now released the song titled Vaa Vasuki from the film. This romantic track has vocals by Shivam Mahadevan and the lyrics are penned by Viveka. Check out the new song Vaa Vasuki from Jiiva's Seeru below,