The Corona virus pandemic has created a tension globally and the people are requested to stay indoors without roaming around. In India, as a precautionary measure, all the schools, colleges, shopping malls, multiplexes, theatres have been shut down and furthermore, section 144 has been imposed in majority of the states to control the situation. A certain section of people are in a deep state of shock and panic. To lift up the spirit of all the people around, ace director S.S.Rajamouli has officially announced that the title look poster and the motion poster of his next biggie, RRR, will be released tomorrow (March 25).

This announcement from Rajamouli has come as a huge surprise and it has put the fans in a delightful mode. RRR happens to be Rajamouli’s next after the Baahubali franchise and the expectations are huge. This multistarrer features Jr NTR and Ram Charan as the male leads, and Alia Bhatt as the female lead. Both, Jr NTR and Ram Charan have a huge fan base in Telugu cinema and on that note, Rajamouli requested the fans not to have any celebrations, and added that there shouldn’t be any flex or hoardings of the title look poster. 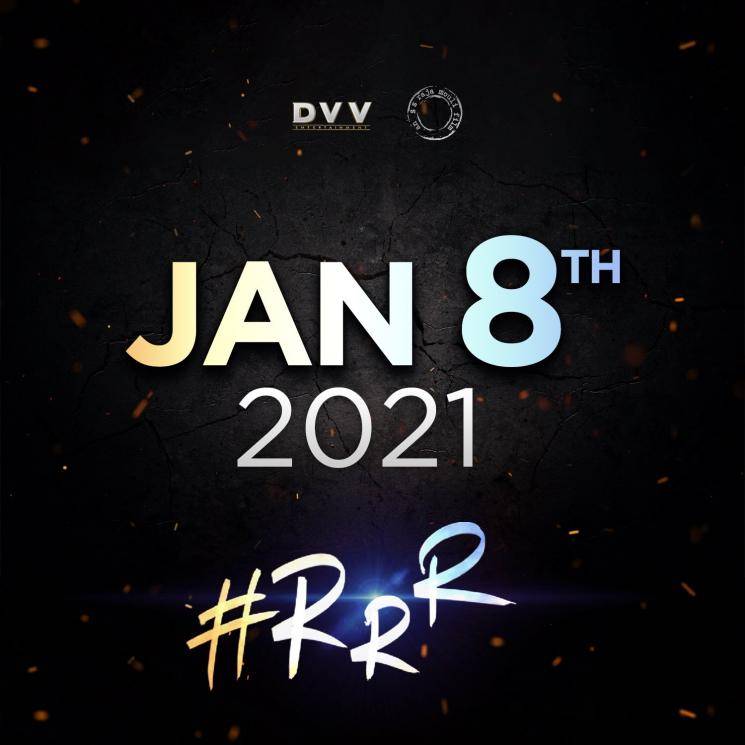 Made on a mammoth budget of over 350 crores, RRR is scheduled to hit the screens on January 8, 2021, ahead of the Sankranti festival. The film has music scored by M.M.Keeravani, cinematography by K.K.Senthil Kumar and editing by Sreekar Prasad. Gear up to witness the title look and motion poster of RRR tomorrow! Check out Rajamouli’s tweet below:

It's a time of global crisis. We wanted to do our bit in lifting up everyone's spirits. We are launching the long overdue Title Logo with Motion Poster of @RRRMovie, Tomorrow. Though I can’t promise any specific time now, as everyone of our team are working from home.

I request the fans and audience on behalf of my whole team to enjoy it from the comfort of their homes. The country is locked down for a reason there should be no reason for a social gathering.