It has been quite a while since we saw Mirchi Shiva on the big screens. Yes, he was last seen in the CS Amudhan directed spoof film, Tamizh Padam 2, which came out in July 2018. After a gap of more than a year, the fans are all set to witness Shiva through his upcoming film, Sumo, which is based on the Sumo Wrestling sport. This comedy drama film is directed by S.P.Hosimin of Aayiram Vilakku fame. Ace cinematographer turned director Rajiv Menon has handled the visuals of Sumo and this has indeed given a reason for the film buffs to catch the film in the theatres. 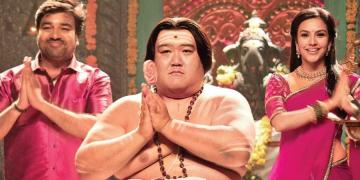 We have now got a breaking update on this film's release date. Our sources inform that Sumo will hit the screens for the festive occasion of Pongal in January 2020. The exact release date is yet to be locked and we will get clarity on that in the coming days. We have Superstar Rajinikanth's Darbar scheduled to hit the screens for Pongal and that is sure to get a majority of the screens, considering the buzz, expectations and the star image.

Industry sources say that Dhanush's Pattas is also being planned for Pongal 2020 release. In that case, the Pongal 2020 box office clash will be between Darbar, Pattas, and Sumo. Produced by Vels Film International, Sumo features Priya Anand as the female lead with music by Nivas K Prasanna.