A few months back, Keerthy Suresh was announced as the Best Female Actor of 2018 for her impeccable performance as late actress Savithri in the biopic drama, Mahanati. This Telugu film was directed by Nag Ashwin and also starred Dulquer Salmaan, Samantha, Vijay Deverakonda in the cast. Ever since the announcement, the highly talented actress started receiving praises from many leading Superstars in the industry including Mohanlal, Thalapathy Vijay, and many others.

The awarding ceremony happened this morning at Delhi and the winners were conferred with their respective awards and honours. Keerthy Suresh was honoured with her ‘Best Actor (Female)’ award for Mahanati and she received the award from the Vice President of India, Venkaiah Naidu. Her parents, Suresh Kumar and Menaka Suresh were seen brimming with smiles with a lot of pride in their face.

The applause was phenomenal at the venue and it must definitely come as a very encouraging moment for the budding actor. This happens to be Keerthy Suresh’s first National award and it must indeed be a very special one. The video of Keerthy receiving her award is trending on social media and we thought of sharing it with our readers.

On the work front, Keerthy Suresh will soon start shooting for Thalaivar 168 in which she will be sharing screen space with Superstar Rajinikanth for the first time. She is also awaiting the release of her next Tamil film, Penguin, which is in the post production stages. For now, check out Keerthy Suresh’s National Award winning moment here (below the images): 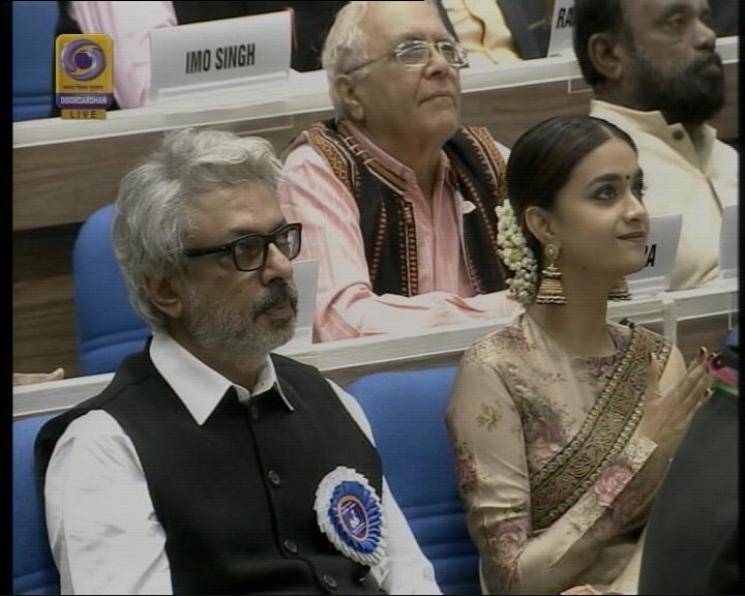