Kalyani Priyadarshan's next movie after Hero has been titled Varane Avashyamund! Here's the first lo 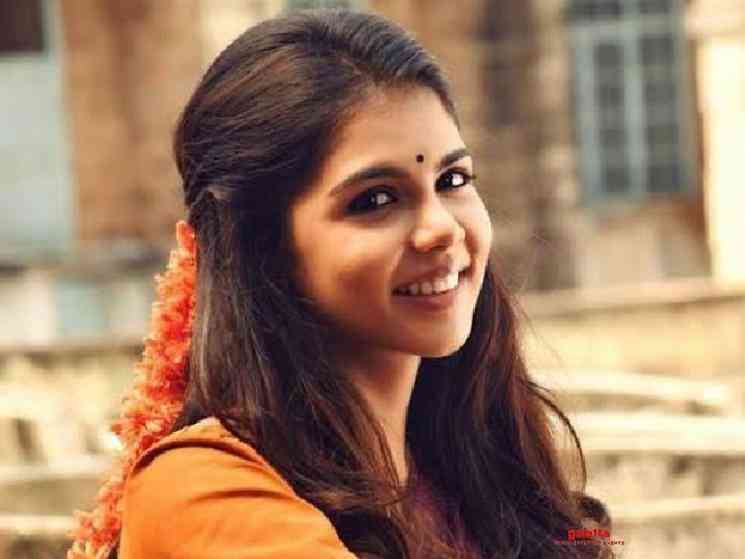 The lovely daughter of ace director Priyadarshan and yesteryear actress Lissy - Kalyani Priyadarshan, is now a busy starlet with a number of movies lined up for her. She debuted as an actress in the 2017 Telugu movie Hello, opposite Akhil Akkineni! However, 2019 seems to have been Kalyani's big year as she had three release; 2 in Telugu and her maiden Tamil venture Hero. Starring Sivakarthikeyan in the lead Hero, directed by PS Mithran, hit the screens on December 20th and is still running in the theatres. Meanwhile, the title and first look of Kalyani Priyadarshan's next movie, are here!

Kalyani will be seen alongside Dulquer Salmaan in a new project under Anoop Sathyan's direction. This movie, bankrolled by Dulquer's Wayfarer Films and M Star Entertainments, had wrapped up shoot recently. On occasion of New Year's Day, the team has announced the title of this project as Varane Avashyamund and also launched the First Look poster! This movie will see veteran Suresh Gopi returning to movies after a gap of nearly three years while legendary actor and dancer Shobana will be making her comeback to Malayalam films after nearly five years.

Reports state that another veteran - Urvashi, will also be seen playing an important role in Varane Avashyamund! Alphonse Joseph has taken care of scoring the music for this movie, which will have Mukesh Muraleedharan's cinematography. Talking about this project, Dulquer has posted on his social media page that this movie, "It is the coming together of two generations of Malayalam cinema - one that has been heavily influenced by the other."