Important Breaking update on Dhanush's next 2 films - check out!

Dhanush is right now shooting for Pattas, his next, directed by Durai Senthilkumar of Ethir Neechal and Kodi fame. Bankrolled by Viswasam's producer T.G.Thyagarajan (Sathya Jyothi Films), the film features Dhanush in dual roles, as a father and son. The film is tentatively planned to hit the screens for the festive occasion of Pongal in Jan 2020 and we had also updated about it to our readers. In a recent development, a section of media had reported that Pattas will take time to wrap and won't make it to the big screens for Pongal.

In addition, it was also said that D 40 (Dhanush film with Karthik Subbaraj) will release much before Pattas. However, when we checked with our sources, they denied the rumour and stated that the team of Pattas is in the final leg of shooting and will wrap the entire film very soon. The film is very much on track, targeting a Pongal 2020 release. 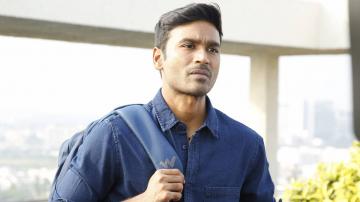 On the other hand, around 15 more days of shoot is left to be completed for the untitled Dhanush - Karthik Subbaraj film. The team of Pattas is not sure about what lead to the rumour of the film's release getting pushed. So, we guess this puts the rumours to rest. We can expect Pattas to hit the screens for Pongal. Get set.

OFFICIAL: Manju Warrier's next big film after Asuran - check out!