The Chennai Police has upped the ante by blocking routes in the city deemed as 'short cuts' being used by commuters after the main roads were cordoned off leading to people violating the lockdown enforced in order to maintain social distancing while reducing the risk of the spread of the coronavirus. This latest move by the Chennai police has mainly been taken to force motorists to once again take to the main roads where they can be stopped and booked if their stepping out of their homes is found to be not an emergency. 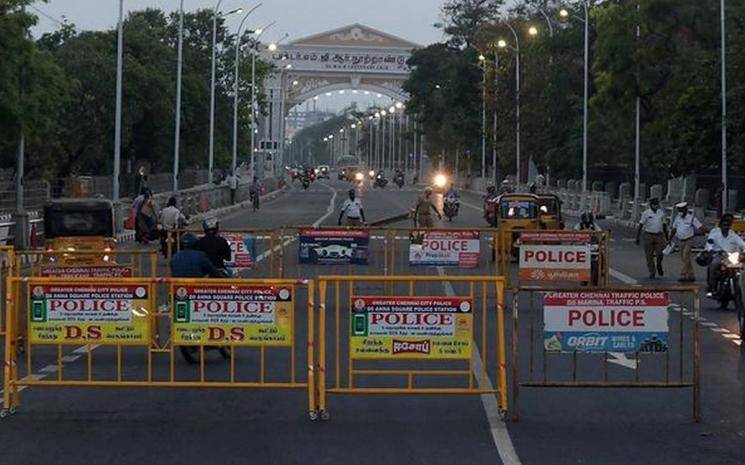 As many as 10 such streets in areas across Chennai like Anna Nagar, Choolaimedu, Egmore, Porur, Royapettah, and Thirumangalam were identified as 'short cuts' being used by a majority of the motorists. A special police team in Thirumangalam after holding discussions with the residents in the locality have blocked off streets like Navalar Nagar, Padikuppam Rail Nagar, Park Road, 100 feet Road – Old Thirumangalam and Estate Road to name a few. Initially, people would apparently get past the barricades put up in these localties, which has now been curtailed.

The police have resorted to this latest action in the hopes of people realizing how dangerous the coronavirus disease is and not venture out of their homes on to the roads without any legitimate reasons. Reports have come in about how a few roads leading up to the Karayanchavadi extension near Porur and Mangadu have also been blocked while areas in Egmore such as Narayanan Naickar Street in Pudupettai and Marshals Road have received more police check points.