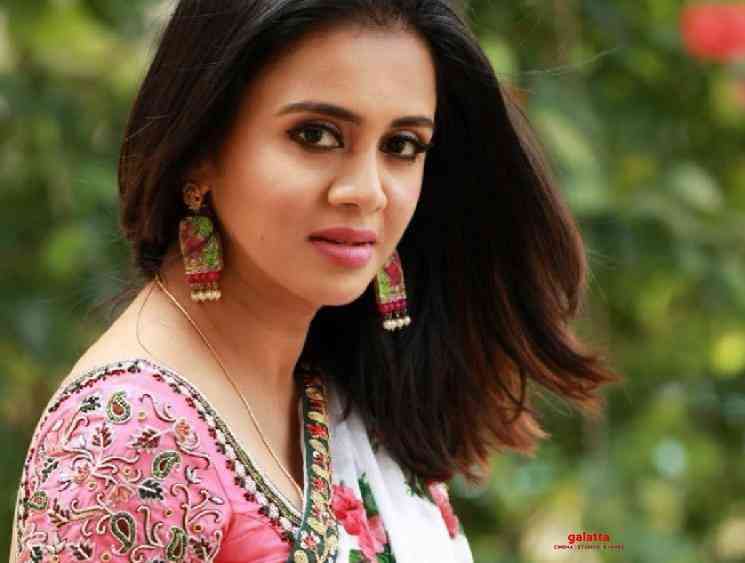 Anjana Rangan is a famous video jockey known for hosting several television programs on Sun Network and other Tamil channels. She has also hosted several audio launches and important promotional events in Tamil cinema. She owns a huge fan following for her natural talent as an anchor. Having said that, Anjana interacted with her Instagram followers on a live chat and during the interaction, she answered numerous questions posed by her followers. While most of the questions were related to her career and other aspects, there was one inappropriate question that wasn’t expected.

A follower asked, “What’s ur boobs size?”, to which Anjana decided not to remain silent. She had a strong reply for him and that reply has earned the love and support of her fans and well-wishers. Anjana replied, “A lot bigger than ur peanut sized brain” and it came as a slipper shot reply to that anonymous person. Sharing this on Twitter, Anjana said, "Yes i had to answer that! Cant shut up all the time right?!"

This isn’t something new for the women celebrities in television and cinema as we have seen similar incidents in the past as well. When a celebrity decides to have a chat session with his/her followers, a small section of people take it for granted and ask questions that don’t make any sense. We do not know if this will stop, but replies like these definitely make a difference. Kudos Anjana! Check out the screenshot image of Anjana's reply below: 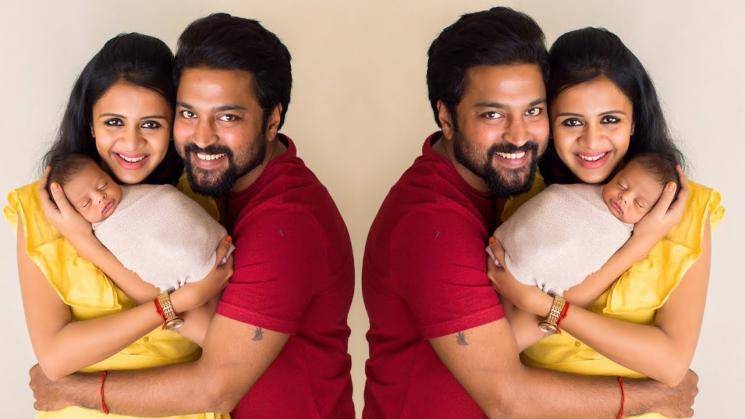 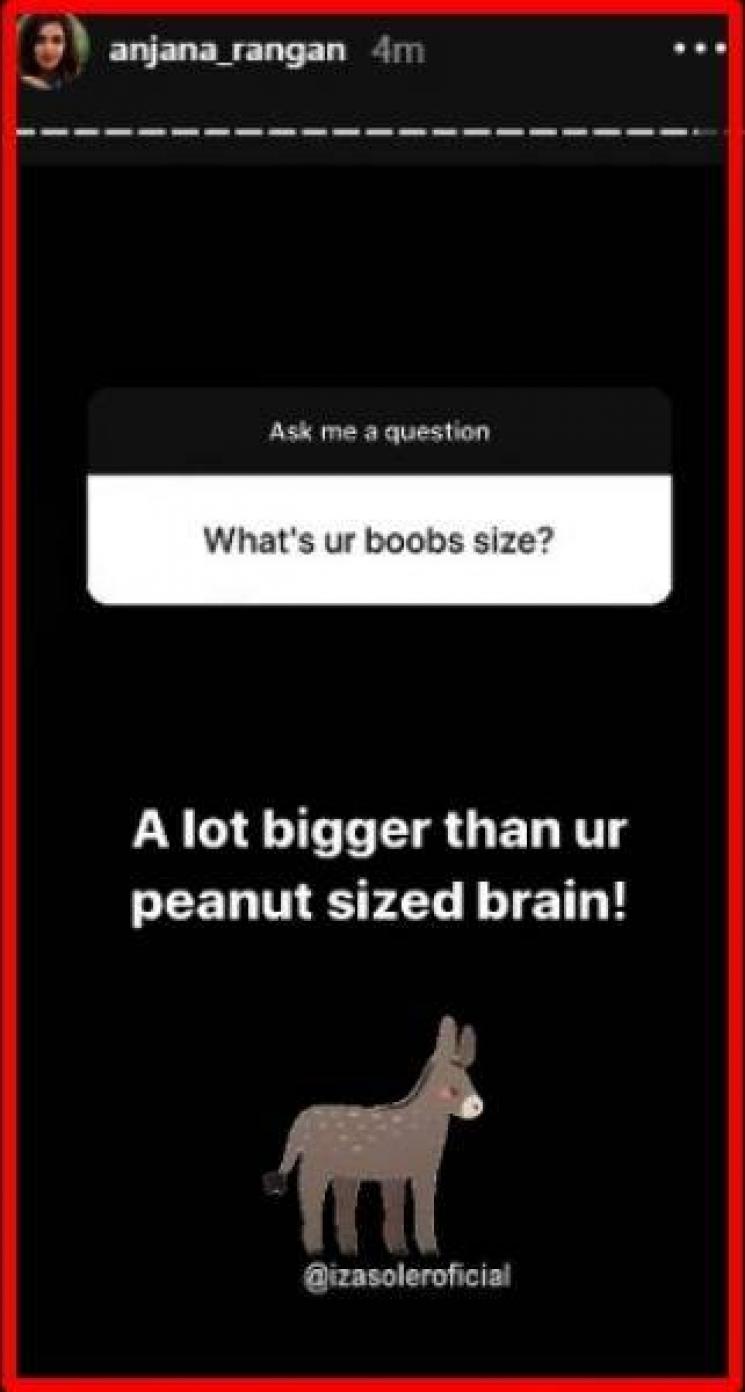