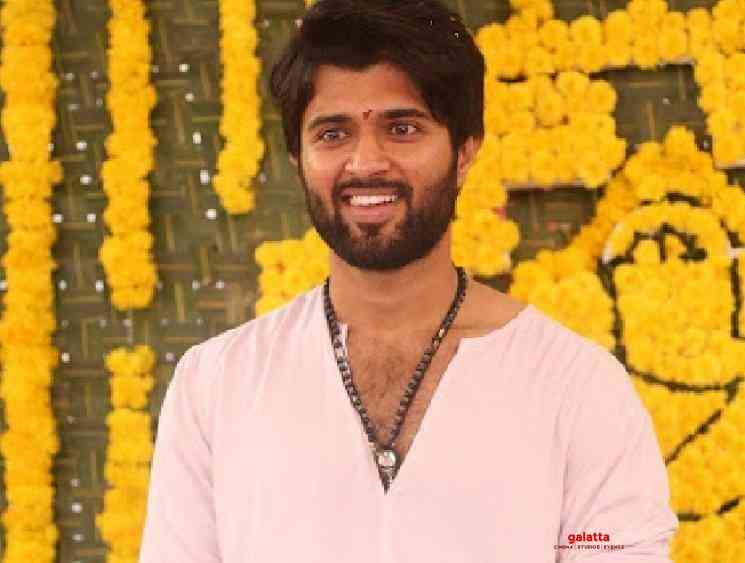 Rowdy Vijay Deverakonda recently started to shoot for his untitled next with director Puri Jagannadh. The film’s first schedule began a few days back at Mumbai and pictures from the shooting spot had gone viral on social media. Following that, it has now been revealed that the shooting of the first schedule has been wrapped up. It is said that the makers shot a few intense action sequences in this schedule. After wrapping up this schedule, director Puri Jagannadh, Vijay Deverakonda and producer Charmme Kaur returned back to Hyderabad last night.

Pictures of them being spotted at the airport have been doing the rounds on social media. This action thriller is tentatively called VD10 (Vijay Deverakonda’s 10th film) and PJ37 (Puri Jaganannadh’s 37th directorial). The film is shot in Hindi and Telugu, while it will be dubbed and released in other South Indian languages as well.

Meanwhile, Vijay Deverakonda is gearing up for the theatrical release of his next, World Famous Lover which is scheduled to hit the screens on February 14. Directed by Kranthi Madhav, this romantic drama features four female leads including Aishwarya Rajesh, Catherine Tresa, Raashi Khanna, and Izabelle Leite.

The rowdies land back in hyd in style 👏
After completing a power packed fight sequence schedule in mumbai for #vd10 #pj37 , our rowdy @TheDeverakonda ,
#boss @purijagan and #bosslady @Charmmeofficial are happy to be back in hyd 😁👌👏 #PCfilm
. pic.twitter.com/lPqO5WlTJ8