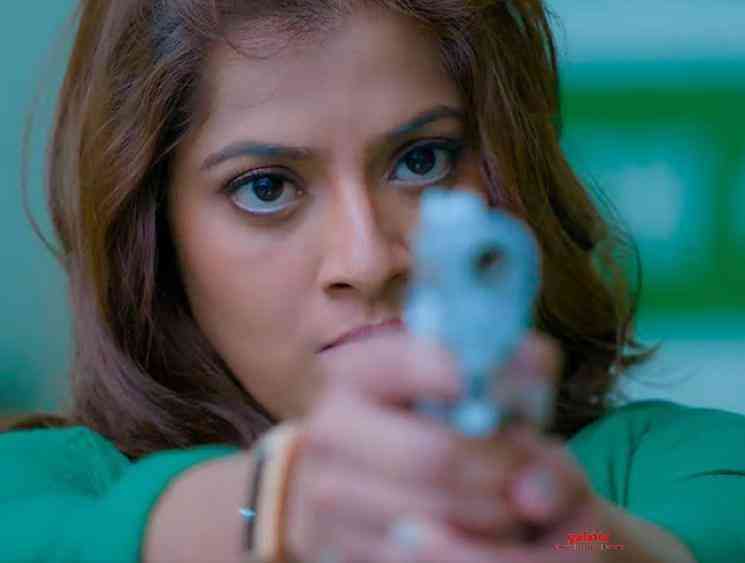 Varalaxmi was seen in two big ticket projects in 2019, Sandakozhi 2 and Sarkar, and in both films, she played negative roles. Then she acted in Maari 2, in which she was seen in a different role, was well appreciated by critics. This year, the actor had one release Neeya 2 with Raai Laxmi, Danny, Kanni Raasi and Kaatteri in the offing. Varalaxmi Sarathkumar will be playing a biker in her upcoming Tamil film Chasing, which went on the floors in Malaysia on Tamil New Year’s day 2019. Varalaxmi took to Twitter to share the first look poster. The film, directed by Veerakumar, also stars Yamuna Chinnadurai, Bala, Jerrold and Swiss Raghu. In the first look poster, Varalaxmi is seen riding a sports bike and sporting a red blazer and aviators.

​​​​​​​
Varalaxmi has already started working on another Tamil project, titled Danny, a cop film also featuring Yogi Babu and Vela Ramamoorthy in the lead roles. Then there is also Kannitheevu which is a crime thriller and has no connection to the classic tale, and the story does not take place on an island either, sources say. The makers are currently in the process of finalising the antagonist. Now the makers of Chasing have released the teaser of the film. Take a look:

People looking for online information on V.K.Sundar will find this news story useful.