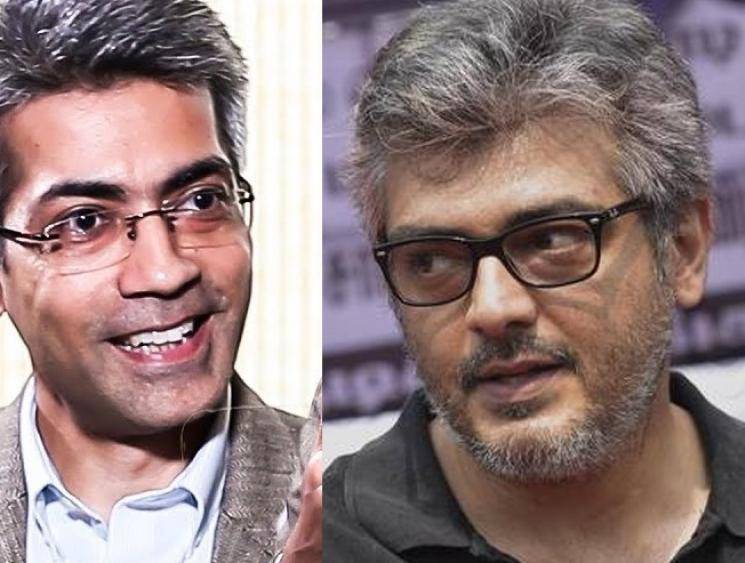 Actor Ajith Kumar’s 2019 has been a grand year with two blockbusters at the box office. The superstar kicked it off on a bang with his Pongal release, Viswasam, under director Siva and followed it up with Nerkonda Paarvai, the remake of the intense Hindi courtroom drama, Pink, under H. Vinoth’s direction.

Producer Boney Kapoor’s Bayview Projects LLP banner has begun its next project, Valimai, and once again with director H. Vinoth and Ajith after his definitive performance in Nerkonda Paarvai. With production on Valimai now underway at the Ramoji Film City in Hyderabad, all eyes are set on the star performer's take as a police officer next in the film announced to come out in theatres for Diwali 2020.

Fans of Ajith, who follow him keenly, will be knowing that he is the middle son out of three brothers with Anup Kumar being an investor, and Anil Kumar, an IIT Madras graduate-turned-entrepreneur. We, here at Galatta, had gotten in touch with Anil Kumar, the CEO of the match-making company, Jodi 365, and the event-planning enterprise, Peepul 365, for an exclusive interview, in which he goes on to reveal his journey into establishing the two companies in the matrimonial world while also sharing many never-before-known details about his family and brother, Ajith.

During the interview, Anil Kumar was queried about his decision to establish his companies without using Ajith's popularity or influence for branding and promotions for which the Jodi 365 CEO replied saying, "It wasn't a big decision as such. Even if I were to do that, it isn't going to determine the success of my business. There might be an interest among a few people in the beginning. But, it comes down to 'what next?'. There will be a spike and then, a poof. I remember how in 2000 I had completed my Ph. D and returned to Chennai and, there was an article about me in a Tamil magazine with my photograph. There was a reference to my interests in ship hydrodynamics and I was actually surprised. Today's news will be tomorrow's waste basket lining garbage paper. Who would have cared about that? So, the intent was never there that the reflected glory might make a business. Whatever I had to do, would have to live or die on its own merits. As for Ajith, he's worked hard to get to where he is with a lot of self-determination. The least that I can do is to follow my heart and get to where I can on the merit of my hard work."