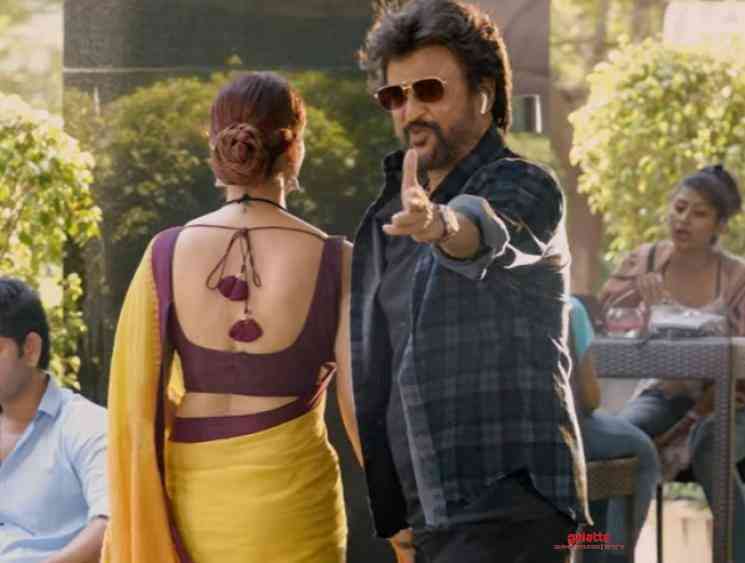 Superstar Rajinikanth’s Darbar is all set to hit the screens on January 9 in record number of screens and the expectations for the film is on high levels. The film is directed by A.R.Murugadoss and produced by Lyca with music composed by Anirudh Ravichander. Nayanthara plays the female lead in this film that has Suniel Shetty as the antagonist alongside Prateik Babbar. Yogi Babu and Nivetha Thomas will be seen in supporting characters. With just a week away from the grand release of Darbar, the makers have been actively involved in promoting and marketing the film through various means.

On that note, a new promo video has now been released and this video is quite interesting. In this new promo, we see the fun and romantic side of Commissioner Aaditya Arunasalam and this one is sure to go viral on the Internet. This promo brings back the nostalgic ‘Thalaivar’ moments that we have seen in the past.

Nayanthara looks gorgeous and bright. The film is shot by ace lensman Santosh Sivan while the editing is taken care by Sreekar Prasad. The promo has been released on the official YouTube channel of Lyca Productions. If you haven’t seen the promo yet, catch it here (below the images):