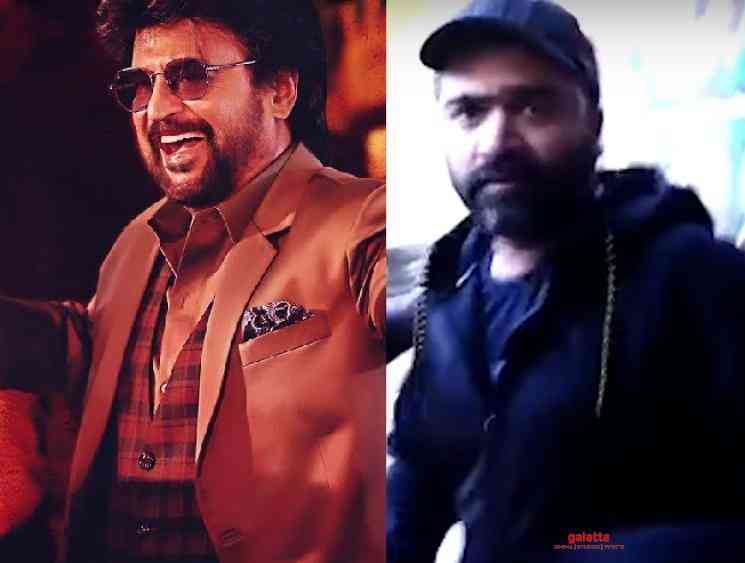 The highly anticipated mega biggie, Darbar, starring Superstar Rajinikanth has hit the screens today amidst sky rocketing expectations from the fans and general audience. Directed by A.R.Murugadoss and produced by Lyca, the film features Rajinikanth as a cop after 25 years and everyone was excited to witness that on the big screen. The film has opened to fairly positive reviews from Thalaivar fans and mixed reviews from the critics and general audience. Rajinikanth’s electrifying energy on screen has bowled out everyone and that has also worked in the favour of the film’s opening.

The film is expected to give a boosting start to this year’s box office and we will know the result in the coming days. Meanwhile, leading actors and directors from the industry, including director Shankar, Sivakarthikeyan, Karthik Subbaraj, Raghava Lawrence, catched the FDFS (First Day First Show) of the film early this morning in Chennai. STR was also one of those celebrities who saw Darbar this morning. He was spotted at GK Cinemas early this morning and the fans were pleasantly taken aback after seeing him since his visit wasn’t expected.

Post the film, when he made his way out of the theatre, he was completely surrounded by fans and media. While he was asked about his opinion on Darbar, he kept it short by saying, “Super ma. Super.” He immediately got into his car and left the premises. Pictures and videos of STR’s visit have been doing the rounds on social media since this morning. Check out STR’s review of Darbar below: